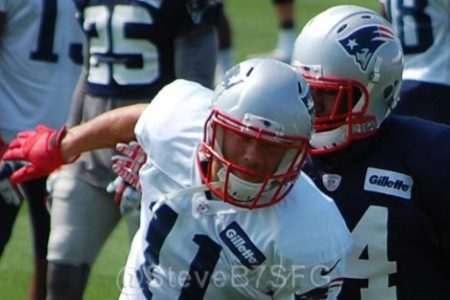 PatsFans.com Supporter
2019 Weekly Picks Winner
Best season 2001.. as we were so conditioned to late game and late season chokes it was engrained in our psyche, this team would never win a Superbowl.. never forget the absolute mayhem in City Hall Plaza after that Superbowl.. 1/2 a million strong??

Best game ever seen was the 2015 Superbowl, after being touted as the greatest Defense ever, Brady was 13/15 for 125 yards and two TD's in the 4th quarter... then he killed the clock in the shadow of the goal line.

And this was a Seahawks defense that, given a lead, always finishes the job. According to Pro Football Reference, Seattle had not lost a game it led in the fourth quarter by 10 points or more since 2004, when the Seahawks led the Rams 27-10 with 8:47 left and lost 33-27 in overtime. Seattle had a double-digit fourth-quarter lead 49 times since then. Sunday night was the 50th.
Click to expand...

But I also agree the best is yet to come...

PatsFans.com Supporter
2020 Weekly NFL Picks Winner
I'd have a hard time narrowing it down between 2006, 2007, and 2011. 2006 because he got the team to within a faceguarding penalty away from a Super Bowl appearance (and likely victory) with Reche Caldwell, Jabar Gaffney, and an aging Troy Brown as his WR's. 2007 because of the statistical analysis and the fact that he piloted the team to an undefeated record up until the Super Bowl. 2011 because he carried a team with the second worst pass defense of all time (in a pass first league) to the Super Bowl and was a Welker drop away from sealing the deal. I can make strong arguments for all three seasons and, the ironic thing is, the team didn't win the Super Bowl in any of them.

You really have to go inside the numbers to see it, but 2012 was the 4th highest scoring offense in history, 34.8 points a game.

What made the offense special was the run TDs to run attempts ratio. They didn't run the ball at a particularly high rate, but they piled up the run TDs. So while Brady's numbers of 34 TDs and 8 might just seem normal for him, he also had 4,827 yards. He brought the team down to inside the opponent's 10 by throwing, then they pounded the ball in. People compared Brady's mere 34 TD throws to Aaron Rodgers's 39, and thought Rodgers had the better season. BUT, left out of the conversation was the fact that the Patriots ran the ball in 25 times. The Packers? 7.

Think about that: 25 rushing TDs to 7 for the Packers. Why do I credit Brady? Look at the passing yards, look at the number of run carries (not that many). And then there's this: Brady ran the ball in 4 times himself.

They were a machine that year. Having Gronk and Hernandez at full speed, that was amazing. Having Edelman contribute early and Welker come on was also amazing. Brandon Lloyd did a little too. I'd never seen a Patriot offense cut through a defense so easily. Not even in 2007 when it was bombs away with Moss.

the ironic thing is, the team didn't win the Super Bowl in any of them.
Click to expand...

yeah, it because of those damn Mannings lol

Regular season - 2010. Brady threw 4 picks the whole year. 4 PICKS!! That is insane for how much we throw and score. Incredibly efficient despite a supposed 'rebuilding' year too.

Postseason - 2014. Required to score 28 and 35 against 2 great defenses with zero help from the run game. Carried us to a ring and yes, in the midst of all the deflategate bs.

PATSYLICIOUS said:
Regular season - 2010. Brady threw 4 picks the whole year. 4 PICKS!! That is insane for how much we throw and score. Incredibly efficient despite a supposed 'rebuilding' year too.

Postseason - 2014. Required to score 28 and 35 against 2 great defenses with zero help from the run game. Carried us to a ring and yes, in the midst of all the deflategate bs.
Click to expand...

Yep. 2014 is right up there with 2004 as his best postseason and probably edges it out (though what he did against a very good Pittsburgh defense IN Pittsburgh in 2004 with the flu should be the stuff of legend). He **** all over Seattle in a way that no quarterback really has since 2011 - when that secondary first came together. I'll see your LOB and raise you a Tom Brady.

I went with the ones that mattered most to me so 2001 (the first) and 2014 (not the last). The nonsense leading up to '14 took the shine off, but seeing a healthy Gronk all year, stuffing the Colts twice and beating the best defence in the NFL with Brady's execution and McDaniels' gameplan was something I'll always remember.

By the way, two excellent OPs.

LightSkinSmurf said:
Such a same so many people are picking years not named 2007. Its a shame because of how that year was supposed to be remembered. It was supposed to go down as the greatest single season by any team of all time. Instead, its just another great season among other great seasons that pats fans can't even agree is the best.
Click to expand...

But it says "Brady's most amazing season." Not Patriots.

upstater1 said:
But it says "Brady's most amazing season." Not Patriots.
Click to expand...

The two go hand and hand. It was supposed to be the best season by any team or qb. Statistically and record wise, with a sb trophy for even further validation.
R

PatsFans.com Supporter
The next one

That's what Brady would say

PatsFans.com Supporter
2019 Weekly Picks Winner
I chose 2007. I can almost remember every (Brady) TD from that season, which I can't say for the rest. I also remembered feeling that there is no way we were gonna lose any game that year...until the helmet catch.

lol, anybody wants to change their vote, in view of how last season turned out?

Keep your stick on the ice!

PatsFans.com Supporter
I'll take 2007. It was an amazing ride to watch this team rewrite the record books en route to a 16-0 record. They came within a minute of completely running the table.

The heartbreak of not winning it all still resonates with me to this day, but that's why it was so memorable. Being a sports fan means having to take the good with the not so good. The finish was far from ideal but the ride was incredible.

I gotta go 2014. He carried the entire offense in 2/3 playoff games and needed 63 points combined due to the orher team scoring alot. If another qb has done that, with ZERO help from the run game, then my memory fails me cuz i dont recal that ever happening. You generally dont win in january without much assistance from defense/run game in multiple games. And these werent all creampuff defenses either, one was against the vaunted legion of boom.

2019 Weekly Picks Winner
I voted 2010 when this first came up and I am sticking with it. A 36:4 TD:INT ratio is just insane and IMO his best season. The ability to put up points while keeping the ball away from the other team is a QB's number one job and no season was Brady more efficient then that year.

Jakobi Meyers a good bet to lead the team in targets, receptions, and yards
3 4 5