venecol said:
Because he sucks, just like Harry. Of course, you thought Harry would thrive.
Click to expand...

You’ve seen about 2 minutes worth of Asiasi highlights, (same when I made those N’Keal comments) and most of those came with Cam Newton at QB in 2020… you don’t know dck about him or Keene.

You say every Patriot player sucks, that’s your schtick.

Deus Irae said:
N''Keal Harry staying on the team kept the team from moving forward as needed at the WR position. Every single Patriots fan on the planet should have been rooting for him to get cut, pretty much from day one.

We saw 2 1/2 seasons of Harry, he was given max snaps, he was given every opportunity to make it and failed. Everyone agreed he sucked.

Everyone also knew he was getting cut or traded this off-season but it didn’t stop you guys from rehashing the entire 2019 draft over for 30 pages and telling us how BB sucks.

There is a world of difference between seeing Harry with a competent offense and QB around him and Asiasi and Keene… who we’ve barely seen at all and who currently have two vet TE’s ahead of them. Keene missed all last season with injury or he was redshirted. Saying Asiasi, a guy who made the team last year btw, sucks with zero proof beyond “because I say so” isn’t fandom… or it’s shtty fandom at best.

I can imagine Venereal back in the day saying “we should cut that Edelman guy, he drops balls and can’t stay healthy… he sucks.”

captain stone said:
Fortunately for us the pick is Not conditional... right?
Click to expand...

2021 Weekly NFL Picks Winner
Whoa! This thread has gone off the rails. I'm glad training camp for 7/28 is over so this thread is no longer needed...wink wink...

PatsFan2 said:
Harry's hands were one of the reasons BB Drafted him...what hands?? or Anvil hands.
Click to expand...

Harry's hands weren't ever the issue. Seriously. The guy is gone. Why derail THIS thread talking about players on other teams?

PatsFans.com Supporter
I wish that people that derailed threads were banned from them.
This is a Patriots training camp thread. Not a Bears one. Not a GIants one.

Kasmir said:
Thornton got 1st team reps with Jones today and was 4/4 in red zone targets.
Click to expand...

Thank you. I have nothing to add except that Jalen Mills could rob a dispensary blind and nobody would be the wiser. (Just saw my first video of him talking from the podium.)
C


And Mr. doGchow is not a very good defensive tackle.
C


Sometimes the NFL is an a-hole business where tough decisions need to be made.

captain stone said:
And Mr. doGchow is not a very good defensive tackle.
Click to expand...

I think he is good....just not very good. I still think the line needs an upgrade.

captain stone said:
And Mr. doGchow is not a very good defensive tackle.
Click to expand...

Zuma said:
I think he is good....just not very good. I still think the line needs an upgrade.
Click to expand...


He's being paid in the bottom half of NFL DT starters. If he's just average, he's earning his money.

DaBruinz said:
Harry's hands weren't ever the issue. Seriously. The guy is gone. Why derail THIS thread talking about players on other teams?
Click to expand...

DaBruinz said:
I wish that people that derailed threads were banned from them.
This is a Patriots training camp thread. Not a Bears one. Not a GIants one.
Click to expand...

captain stone said:
Sometimes the NFL is an a-hole business where tough decisions need to be made.
Click to expand...

Day 1 is stupid. Hes no longer a Pats Fan anyway. He said it himself. Now hes a glorified troll who is on the wrong board. 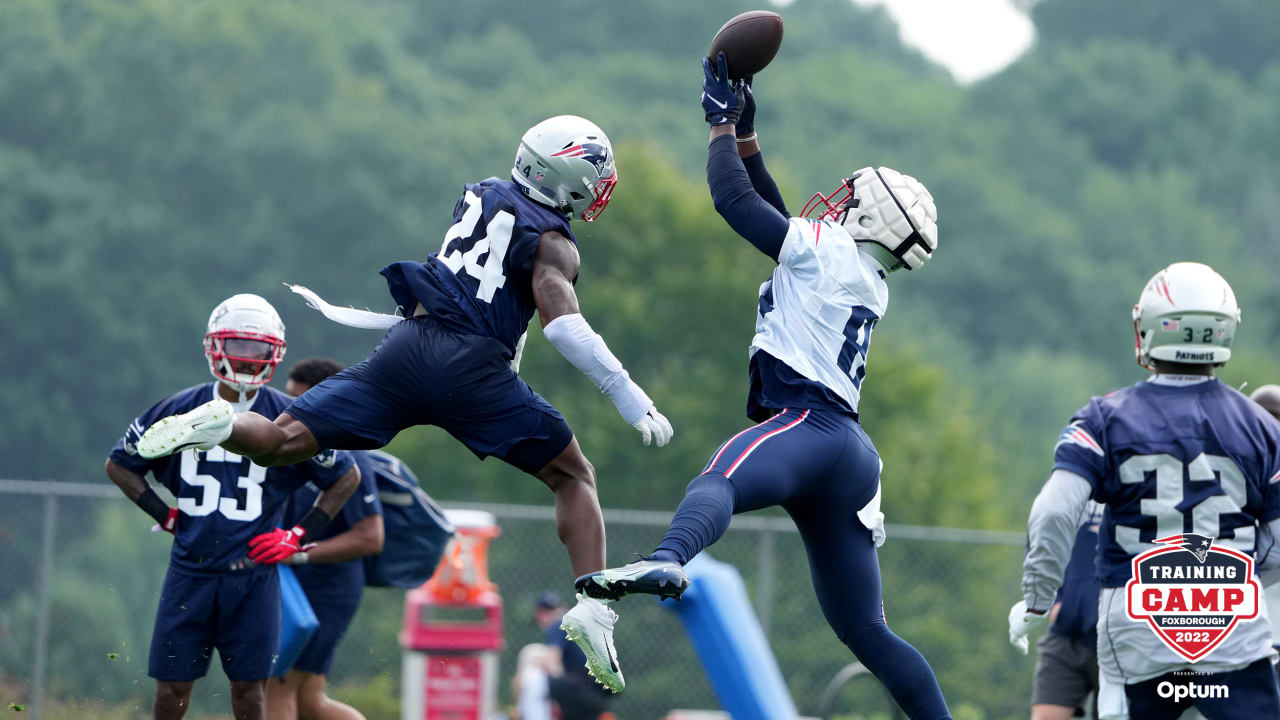 Check out photos of the New England Patriots during the second day of Training Camp at Gillette Stadium on Thursday, July 28, 2022.


This has the ring of a man who knows what "literally" means and forgot that the word would apply to off-season days for real sticklers.

But I'm just being a jerk, that is great to see... and you see a lot of that BB-love from the players... there's this guy in florida everybody says what an honor it is to play with, who used to be on the Patriots. It's a no-brainer that people would want to play with him.

You don't often hear people says the similar things about playing for a certain coach, appeciating them like that. I am sure the really good ones do get these mentions, but it's feels good to see

Whatever..
You must log in or register to reply here.