SOURCE:Providence Journal
New England Patriots Turn Out In Roxbury To Get Out The Vote

SOURCE:CBS Boston
Why Julian Edelman will be hugely influential for Jarrett Stidham

SOURCE:Boston Globe
Josh McDaniels details what it's like to work with Cam Newton

SOURCE:USA TODAY
Josh McDaniels details what it's like to work with Cam Newton

SOURCE:Yahoo! Sports
'I don't really look at it as replacing Tom Brady'

SOURCE:Boston.com
Could Patriots’ Damien Harris Be Poised For Second-Year Breakout? 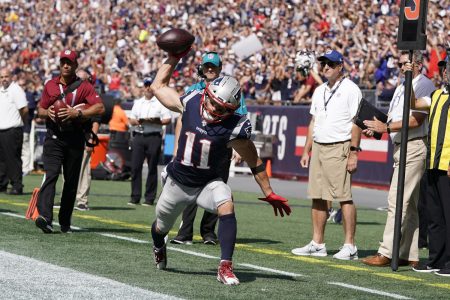