Miami's on to Tua

My first reaction was surprised, which is what I've felt about Fitz's play.

This is definitely the perfect time though, if Tua is healthy.

To repeat: everyone knows they are going nowhere with Fitzpatrick. If Tua is real, Fitz has given the team a chance this year.
O

2021 Weekly NFL Picks Winner
First Tua is a talent and once he gets experience will be a monster.

but if tua gets hurts in the next couple weeks, as he is prone to do, they will need Fitzpatrick, despite all his turnovers.

I have pretty close to zero faith in any quarterback from a major program like Alabama or USC. Especially first-rounders from those kinds of schools. They've played carefully selected schedules with some of the nation's top players on their side. Huge passing windows.

Tua specific concerns, unfortunately, has to be that hip. It is never going to be as good as it was and who knows if it did anything to remove the 'special' element from his quarterback game. If you get anything from him, it won't be a very big window, 3-5 seasons, I'd estimate. Of course, if that gets you to the promised land, it doesn't really matter.

But that's just my experience evaluating QBs (which doesn't have to mean anything to anybody but me). Honestly, these things I say are really just my opinions. If you find them interesting, I'm glad. If you don't, that's fine, too. I don't intend for anything I say here, at least, to be definitive.

PatsFans.com Supporter
I’ve always liked Ryan Fitzpatrick.
He finally had a good coaching staff and was having one of his best seasons.
I’d love to have him as a backup on our team. He better than Hoyer and may have some things to teach Stidham. 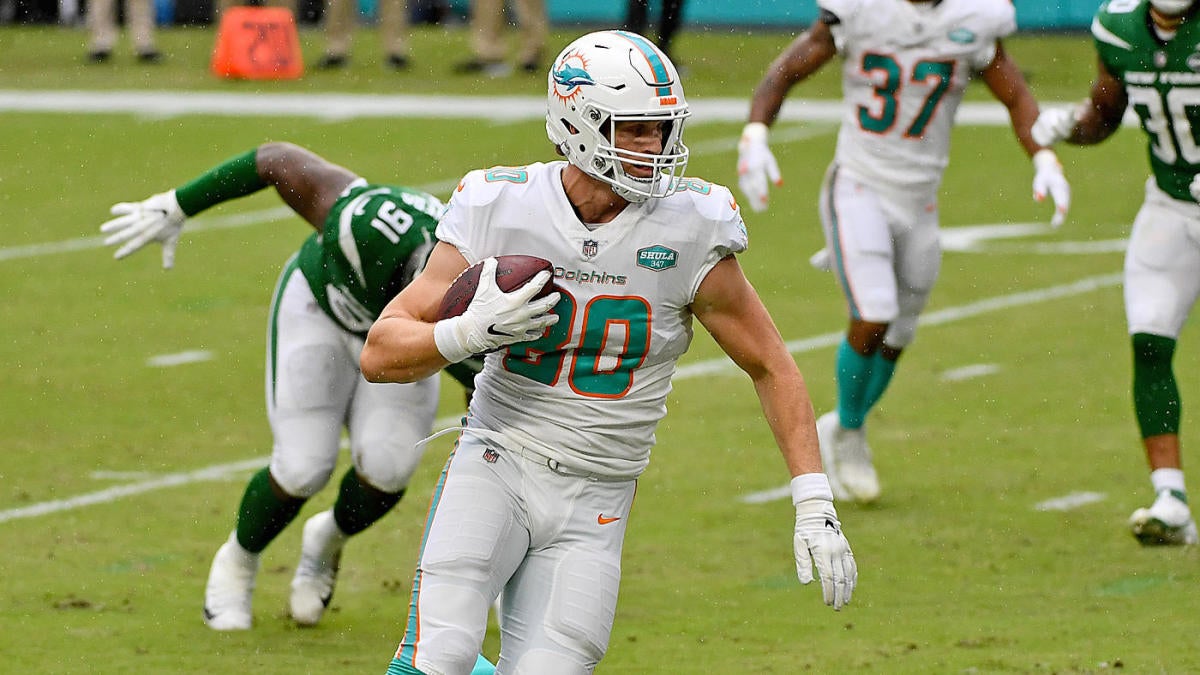 The Dolphins are now .500, while the Jets remain the NFL's only winless team

www.cbssports.com
One of the INTs was the 'butt interception' and seems the MIA WR didn't track the ball very well:

INTs are a part of Fitzy's game. Gotta accept he's a risk taker. Cam had two less than glorious picks on Sunday. The price of doing business it seems. I personally doubt Tua will do better. I have no problem thinking Jeff Ross made the call.
Click to expand...

Playing on below .500 teams your whole career out you in a position where you have to take risks...you aren’t going to win many games as a manager. He gets into a lot of shoot outs (it seems).
He seems to play well against us.
S

Hey I’m up for a Hoyer-Fitz trade. Lol

Hey I’m up for a Hoyer-Fitz trade. Lol
Click to expand...

I had been hearing the players were really rallying around Fitz. Probably just unexpected given the success the team has been having since the second half of last year and an expectation they go slow with Tua due to his hip.

He should have taken another day before talking to reporters to get his head right.

“I wasn’t comfortable calling plays,” Tagovailoa said, per Adam H. Beasley of The Miami Herald. “I think the guys that were here last year were phenomenal. I just didn’t have the comfortability of checking plays, alerting plays and doing that. I just rode with the play, even if I knew it wasn’t going to work. I was going to try to make it work still."
Click to expand...

“I didn’t actually know the playbook necessarily really, really good, and that’s no one else's fault but my fault," Tagovailoa said. "Our play calls were simple when I was in. I didn’t have alerts and checks. Where now, I feel comfortable and I can maneuver my way through these things now.”
Click to expand...

Maybe MIA decided to let him play and struggle just to show him how far behind the curve he was?

Seems a risky thing to do with a guy coming off a major injury.

I guess we'll find out soon if the strategy worked or not.
You must log in or register to reply here.