Q: Who was the first player drafted by GM/HC Bill Belichick?
A: Adrian Klemm 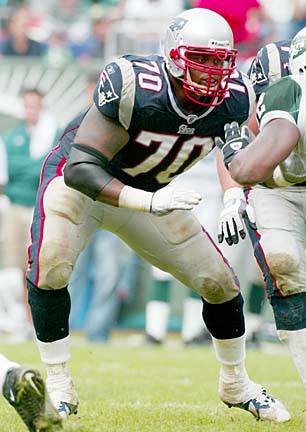 My lasting recollection of this player was when a since departed friend, who was once a tight end at Tufts asked me 21 years ago, 'John, who the **** is Adrian Klemm'?

Adrian Klemm began his rookie season on PUP, then was eventually able to get on the field to play in five games (with four starts). After spending the entire 2001 season on IR, he did play in every 2002 game - as a backup, with just three starts. In 2003 Klemm played in three games, then two in '04 before going on IR.

Four seasons, 26 games with ten starts. After that it was one season with the Packers, and his pro football career was over.


His accumulation of three super bowl rings was put to good use though. Klemm used that as a talking point after being hired by June Jones as a coach at SMU, and he became one of the nation's top college recruiters. Klemm then moved on to UCLA with similar recruiting success, though it should be pointed out that some of his tactics also resulted in an NCAA infraction - and that his offensive line was one of the team's biggest weaknesses. 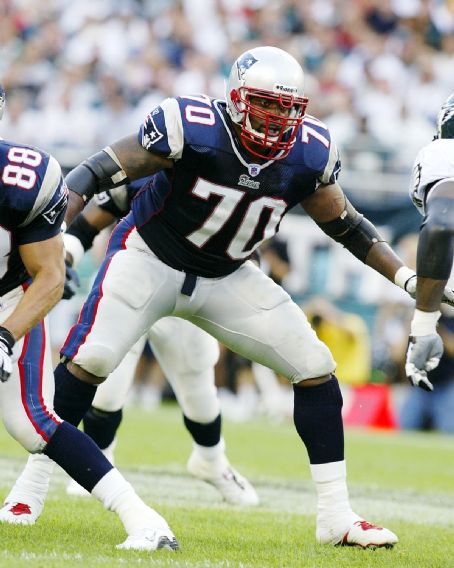 In 2019 Klemm was hired as an assistant offensive line coach for the Steelers. It is interesting to note how the Pittsburgh papers portray Klemm as being a player that who won three Super Bowls with the Patriots - even though he never dressed for a single playoff game. 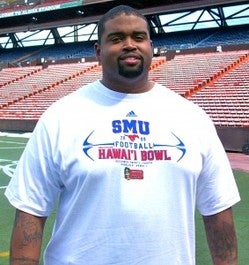 Do you remember this guy?

Adrian Klemm resurfaces at SMU.
www.boston.com
Klemm said, “The Super Bowl rings definitely open some doors. The kids don’t always know, but the coaches who follow football know my background. It shouldn’t be like this, but what I say carries more weight. They perceive me to know a little more. It’s an advantage when I recruit.”​ 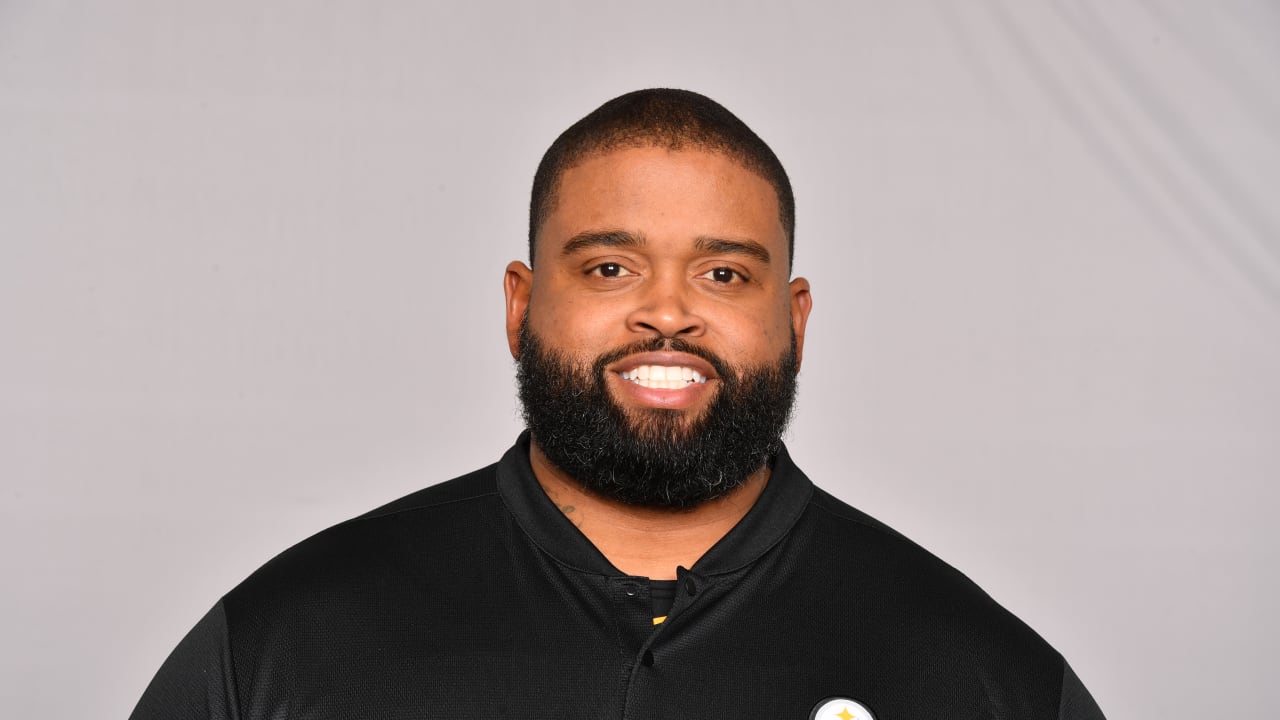 Guss Scott suffered a knee injury as a rookie in a 2004 preseason game against the Bengals. Perhaps that was the root cause of what was a very inauspicious pro football career. After spending all of of '04 on IR, the former Gator was on the field for just five games with two starts in '05, after Rodney Harrison went on IR. 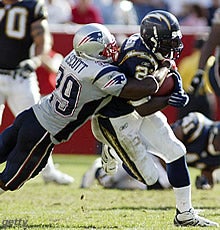 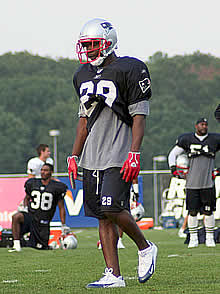 The Patriots released Scott as part of final roster cuts on September 2, 2006. That season Scott played in five games with the Texans, and also spent time on the practice squads of the Jets and Dolphins. The Pats re-signed Scott to their own practice squad on December 12, then released him again a week later. He played in a total of 11 NFL games (six with the Patriots), and collected a ring from Super Bowl 39.


Scott, 23, was originally drafted by the Patriots in the third round (95th overall) of the 2004 NFL Draft after earning all-conference honors as a senior at Florida. The 5-foot-10-inch, 205-pound defender sustained a knee injury during the preseason his rookie year and was placed on injured reserve on Aug. 30, 2004. He appeared in the first five games of the 2005 season for the Patriots, his last two as a starter, before suffering an injury that sidelined him for the remainder of the 2005 season. ​
​
In his final appearance, he started at safety in Atlanta and finished the game tied with a team-leading seven solo tackles, including a drive stopping hit on Alge Crumpler on a third-and-two play in the third quarter of a Patriots 31-28 victory. He was placed on injured reserve on Oct. 19, 2005 after totaling 19 tackles, including 16 solos, and five special teams stops in five games.​


Scott, 24, was drafted by the Patriots in the third round (95th overall) of the 2004 NFL Draft. The 5-foot-10-inch, 205-pound safety has played in 10 career games with two starts and has recorded 30 career tackles (23 solo). As a rookie in 2004, Scott missed the entire season due to a knee injury. Last season, the Florida product played in five games with two starts for the Patriots, recording 19 tackles (16 solo) before being placed on injured reserve on Oct. 19, 2005. ​
Scott was with New England for its 2006 training camp, but was released on Sept. 2, 2006 and signed with the Houston Texans the following day. He played in five of the first 10 games of the 2006 season for Houston, recording 11 tackles (7 solo), before being released on Nov. 21. He was signed by the New York Jets on Nov. 23, but was released on Nov. 29 and did not appear in a game for New York.​

Guss Scott is now the Senior Vice President of Pro Impact Sports, a Jax, FL non-profit organization aimed at assisting the local H.S. talent achieve their dreams of playing football at the next level." 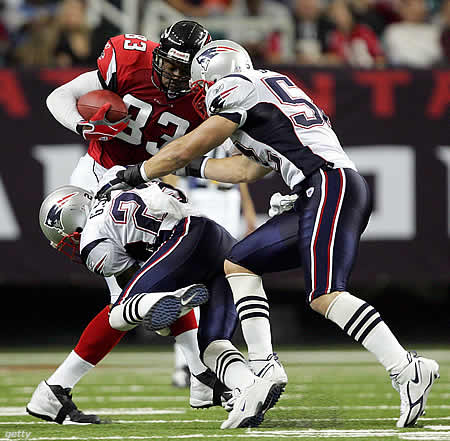 
One other pro football player born on this date with a New England connection:
- Randal Williams (5/21/1978) went to Deerfield Academy and UNH.

He was a special teamer who played a bit at WR, TE and FS. Thanks to a slow scoreboard clock operator, Williams is credited with the fastest touchdown in league history: an onside kick recovery for a touchdown that officially took only three seconds.

On a side note, today is also the 36th birthday of Ricardo Lockette. He will, unfortunately for him, forever be most well known for being the intended receiver that Malcolm Butler muscled past for the game-winning interception in Super Bowl 49.

Announcer's nightmare:
- Happy birthday to Dick Folk (May 21, 1915), a fullback from the late thirties.
Apologies for not googling his name, I don't want to know where the links that may follow would lead.

[Cox] Schooler is already playing like an elite STer

April 15 in Pats History: Adrian Klemm & JR Redmond selected on Day One of the 2000 draft

January 20 in Pats History: Tomlinson pouts on the bench in AFCCG