In 1964 Bill Rademacher was undrafted out of Northern Michigan, and signed with the Jets. In his first four seasons he spent as much time on the taxi squad as on the active roster. Rademacher made four starts as a rookie due to injuries, but appeared in only 17 games during that span - on special teams, wide receiver, and as a defensive back.

The versatility paid off with an increased role and more playing time in 1968, as Bill appeared in every game that season for the Jets one and only championship. He was waived just a few days prior to the start of the 1969 season, and immediately signed by the Patriots. Rademacher played in 27 games with five starts for the Boston Patriots, with 21 receptions for 268 yards, 12.8 yards per catch and three touchdowns. He suffered a fractured arm early in training camp in 1971 and was waived later that season, ending his NFL career. Rademacher later became assistant coach and then head coach at his alma mater, Northern Michigan. He was also a linebackers coach at Michigan State from 1983 to 1991. Bill Rademacher passed away on April 2, 2018 at the age of 75. 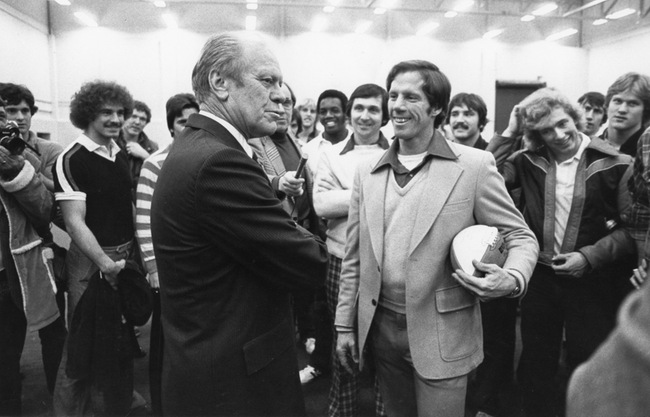 MARQUETTE, Mich. – Northern Michigan University Sports Hall of Famer and former Head Coach, Bill Rademacher, has passed away at the age of 75.
www.nmuwildcats.com


A four-time letter-winner with the Wildcats from 1960-1963, Rademacher was an A.P. All America Honorable Mention selection in 1963. A wide receiver and defensive end for NMU, he went on to play professionally for seven years with the New York Jets and Boston Patriots. He was a member of the Jets team that won Super III.​
After his playing career, he coached for two years at Xavier University before returning to NMU as an assistant coach in 1974. In his second season with the team, the Wildcats went 13-1 on their way to win the 1975 Division II National Championship.​
Rademacher was named the Head Coach in 1978 and posted a 37-16 record in his five seasons behind his high-powered passing attack. He was named the 1980 Mid Continent Conference Coach of the Year. He left NMU in 1983 after accepting a coaching position at Michigan State University.​
In 1981, Rademacher was inducted into the Northern Michigan University Sports Hall of Fame and was later enshrined into the Upper Peninsula Sports Hall of Fame in 1983.​ 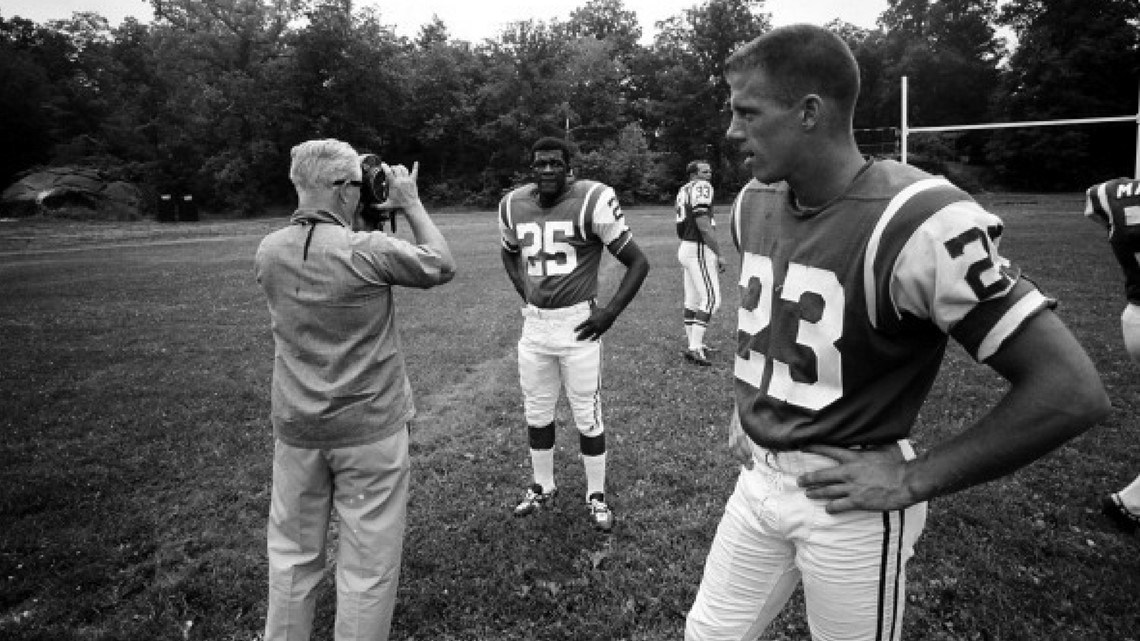 
Overall, Rademacher played in 58 pro games and had 24 catches for 282 yards and three touchdowns, all of his scores coming with the Patriots.​ 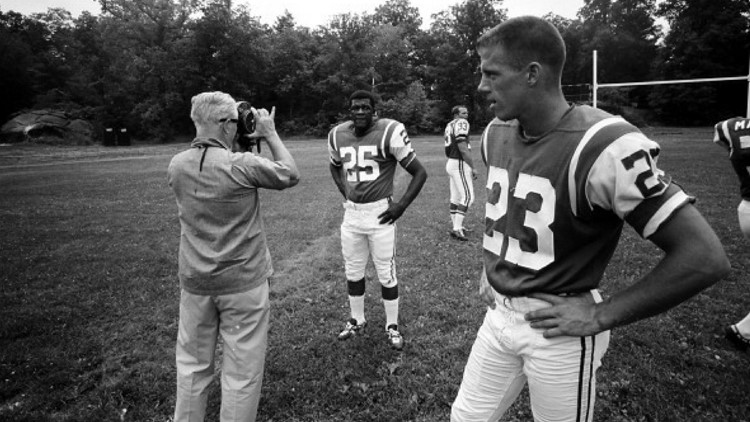 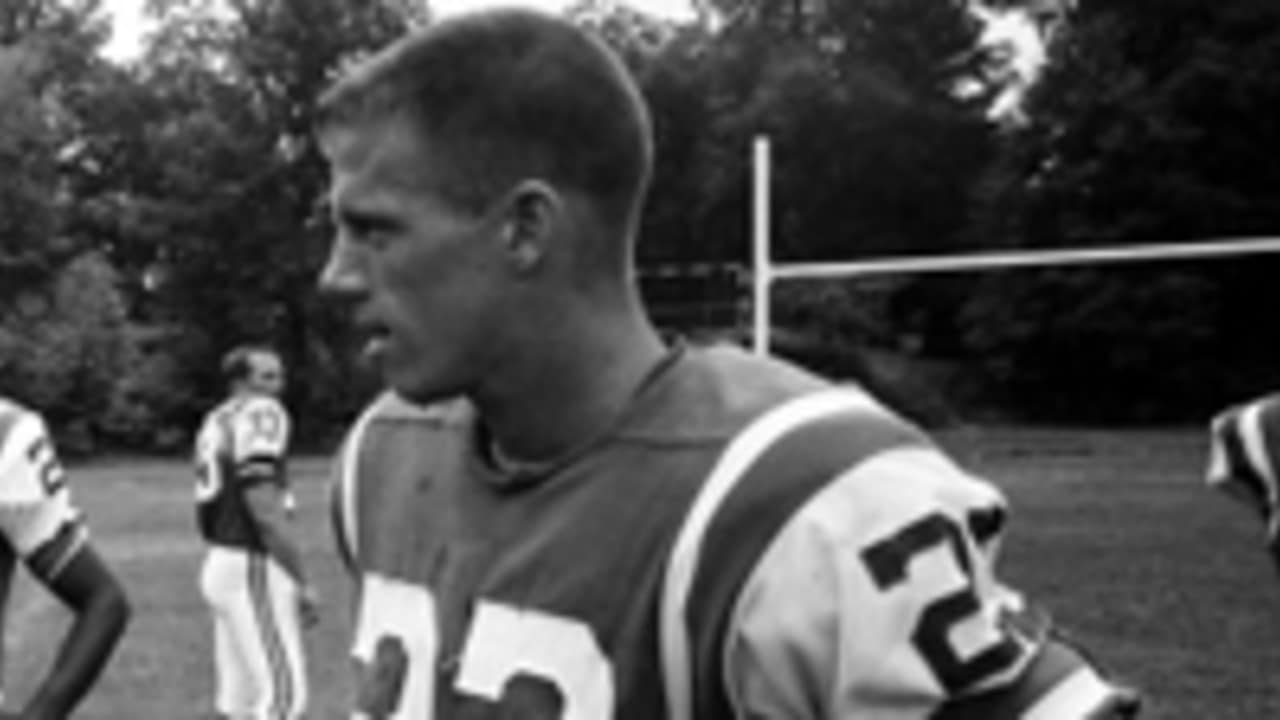 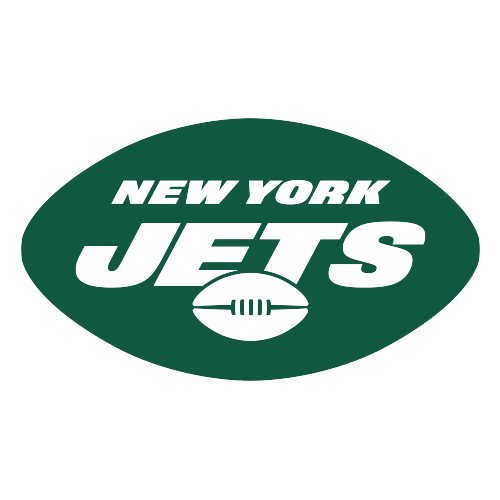 
"One of Weeb Ewbank's favorite quotes was 'the more things you can do helps you get a spot on the team,' " recalled long-time Jets public relations director Frank Ramos. " 'Rad,' like John Dockery, was one of those good athletes who could help out on offense and defense in a pinch and also proved to be a very good special teams player."​
The Jets waived Rademacher in the '69 preseason and he moved on to Boston for his final two pro seasons. He had the best pro receiving game of his career as a Patriot in a loss to the Jets in '69 with six catches for 78 yards and his first pro touchdown.​

Philadelphia selected Guy Morriss with the 28th overall pick of the 1973 draft. The former TCU Horned Frog was an 11-year starter for the Eagles, playing in 158 games for Philly. Morriss played in 59 games with 22 starts for the Patriots, occasionally filling in at center due to injuries. He was one of the first players to strictly be a long snapper, and was part of the first Patriot team to play in a Super Bowl. Five years prior he had also played in Super Bowl 15 with Philadelphia. Guy Morriss played in 217 games with 173 starts over 15 NFL seasons, plus another 12 games in the postseason.

Morris became the Pats assistant offensive line coach in 1988 and 1989. He was also head coach at Kentucky for two years and Baylor for five seasons; unfortunately he is now battling Alzheimer's. 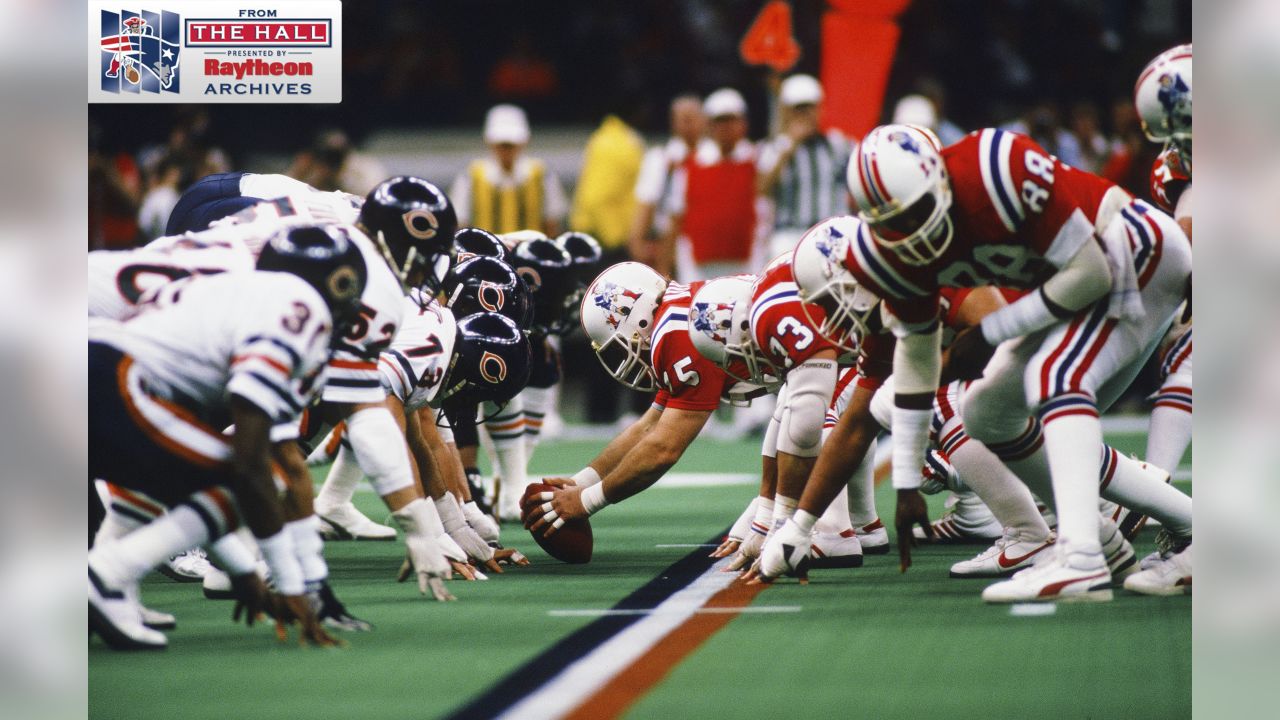 
Morriss coached Kentucky in 2001 and 2002, finishing 2-9 in 2001 and 7-5 in 2002. He left UK after the 2002 season to become the head coach at Baylor. He returned to the Bluegrass briefly as an assistant at Kentucky State in 2008 before taking on the head-coaching duties at Texas A&M Commerce for four seasons (2009-12).​
Morriss once again returned to the Bluegrass but this time to coach in the high school ranks. He was as an offensive line coach at Warren Central in 2014 and at Lexington Catholic in 2015.​
Morriss' playing career was remarkable. He played college football at Texas Christian University and spent 15 seasons as an offensive lineman in NFL with the Philadelphia Eagles (1973–1983) and the New England Patriots (1984–1987). Morris played in over 200 regular season games during his NFL career and started at center for the Eagles in Super Bowl XV.​
After his playing days were over, Morriss made the transition to coaching. He got his coaching start in 1988 as the offensive line coach for the Patriots under Raymond Berry. In 1992, after a brief stint as the head coach of the Washington Marauders of the Professional Spring Football League, Morriss coached under Hal Mumme and alongside Mike Leach at Valdosta State University before rejoining Mumme at Kentucky in 1997, where he was the school's offensive line and assistant head coach.​ 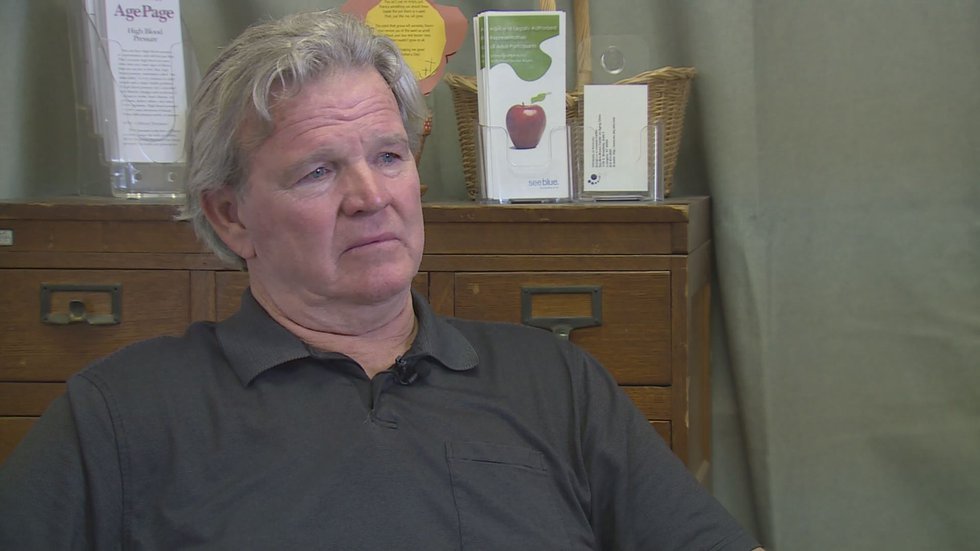 Guy Morriss is sharing the story of the greatest challenge of his life in hopes of helping others.


Since his days as an assistant and then the head football coach at the University of Kentucky, Guy Morriss was always known as a friendly and approachable guy. Lately, friends have noticed a change in the 66-year-old.​
​
"People say, 'what's wrong with Coach Morriss? Why is he doing this? He's kind of sluggish,'" Morris described.​
​
Now, the former coach, affectionately known as "Guy Mo," admits he hasn't been his old self, and there's a reason.​
​
"State of the art testing, looking at PET scan imaging of the brain, was able to detect plaques within the brain," said Dr. Greg Jicha, MD, Ph.D. "That is a hallmark feature of Alzheimer's disease."​
​
For the past nine months, Guy and his wife Jackie have been dealing with that sobering diagnosis. Dr. Jicha says the condition is very likely brought on by more than 20 years as an offensive lineman, 15 in the NFL.​

Though he was born in California, Josh Taves grew up locally. He went to Dennis-Yarmouth High School, and then Northeastern from 1991-94. Taves was with the Patriots in the 1997 offseason but was waived prior to the start of the regular season. He did play in 29 games for Carolina and Oakland, and also spent a year in NFL Europe with Barcelona. Taves was with the Raiders when Oakland lost to the Patriots in the snow in the 2001 divisional playoff game.


Taves had an outstanding career at Northeastern before playing in the NFL. A four-year letterman, Josh had a career-best 43 tackles in 1993 (with three sacks and four fumble recoveries) for the Huskies. In 1994, he had 42 tackles and a career-high four sacks.​
​
After graduating in 1995, Taves went undrafted by the NFL and originally signed with the Detroit Lions as a rookie free agent. Josh did not play for the Lions that year and was signed by the New England Patriots for the 1997 season, but he did not play that year either. In 1998, Taves played for the Barcelona Dragons of NFL Europe. He started all ten games for the Dragons and had 34 tackles, a team-high nine sacks, and three forced fumbles. He was named first-team All-NFL Europe, and the league's defensive MVP in 1998. Later that year, he was signed by the Miami Dolphins but did not play in the NFL.​
​
In 1999, the Raiders signed Taves but released him before the season; he then signed with the team again in 2000 and played in every game. In the regular season, Josh had 23 total tackles (20 solo), three sacks, two forced fumbles, and one interception. In the January 6 play-off game against Jay Fiedler and the Miami Dolphins, Taves assisted in one tackle in Oakland's 27-0 victory -- it was the first playoff shutout in Raiders history. In the 2001 AFC Championship game, Josh had two tackles (one solo and one unassisted) in the Raiders' 16-3 loss to the Baltimore Ravens.​
​
The Raiders finished the 2001 regular season with a record of 10-6 and won the AFC West. During the season, Taves made 12 tackles (9 unassisted) with one sack. In the playoffs, they defeated the New York Jets in the first round but lost in their next game to the New England Patriots.​
​
Josh finished with 86 tackles, 8 sacks, and 4 fumble recoveries at Northeastern. With Barcelona, Taves started all ten games and finished with 34 tackles, a league-leading 9 sacks.​


Josh Taves is a Licensed Acupuncturist with Sports Performance Acupuncture and Lead Acupuncturist of the Sports Medicine Department at St. Mary’s College.​
​
Josh had a previous externship with UC Berkeley Athletic Department and is a graduate of Acupuncture & Integrated Medicine College. He is a former NFL defensive linemen for the Oakland Raiders, Carolina Panthers, Miami Dolphins and New England Patriots.​
​
After enduring years of injuries in the NFL Josh was exposed to the top doctors and sports therapists igniting a lifelong passion for healing others. Josh’s approach to treatment is to combine the best treatment options for each client – a “Bruce Lee approach”. From acupuncture and myo-fascial release to joint manipulations, shiatsu and herbal formulas, Josh is known to blend and perfect treatment plans making him extraordinarily equipped to handle the needs of athletes.​
​
Josh’s passion is treating sports related injuries and chronic pain to help his clients achieve their full potential on the golf course, in the yoga studio, during cross training or on the running trail. He is known for his holistic approach to patient’s well-being, incorporating tailored acupuncture treatment with dietary and supplement guidance.​


May 13, 2019: OT Jared Veldheer retires, just days after signing a one-year, $3.5 million contract. He had been expected to be the Pats starting left tackle. Per the second article all it took was one workout session, and his hip said 'no mas'. 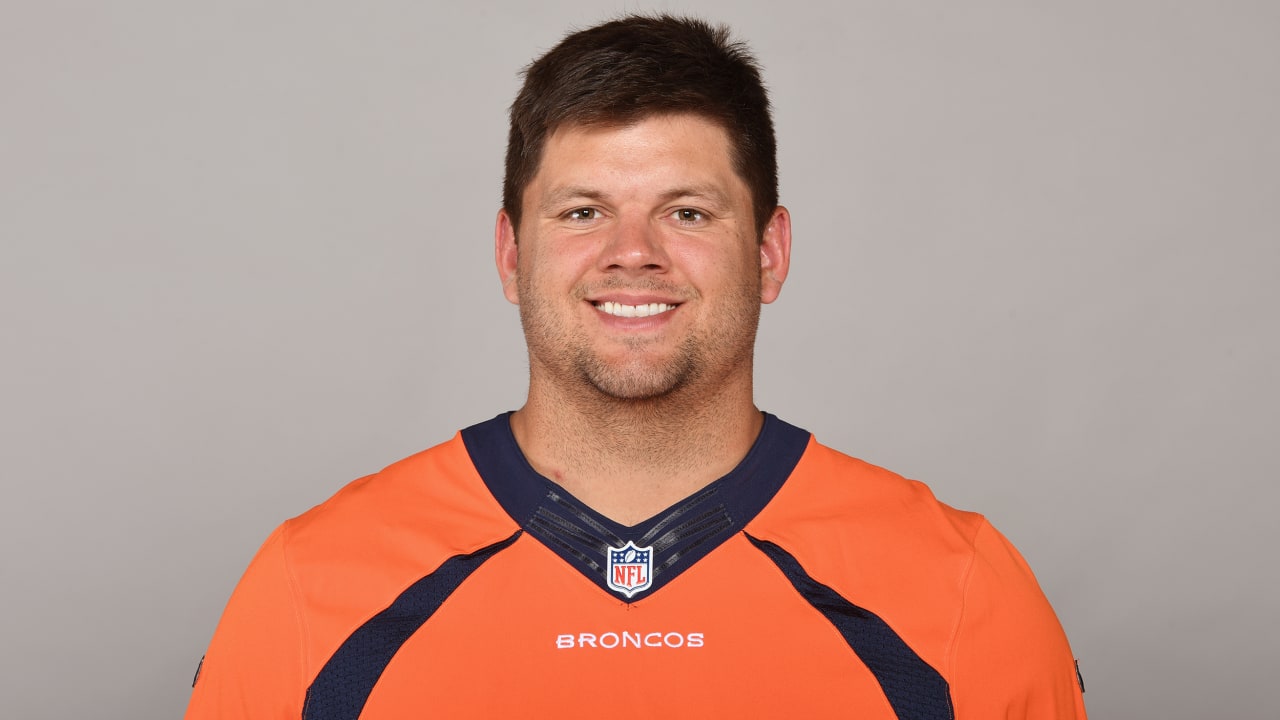 The Patriots announced that OL Jared Veldheer has been placed on the Reserve/Retired List. He was signed by the Patriots as a free agent on May 13, 2019. 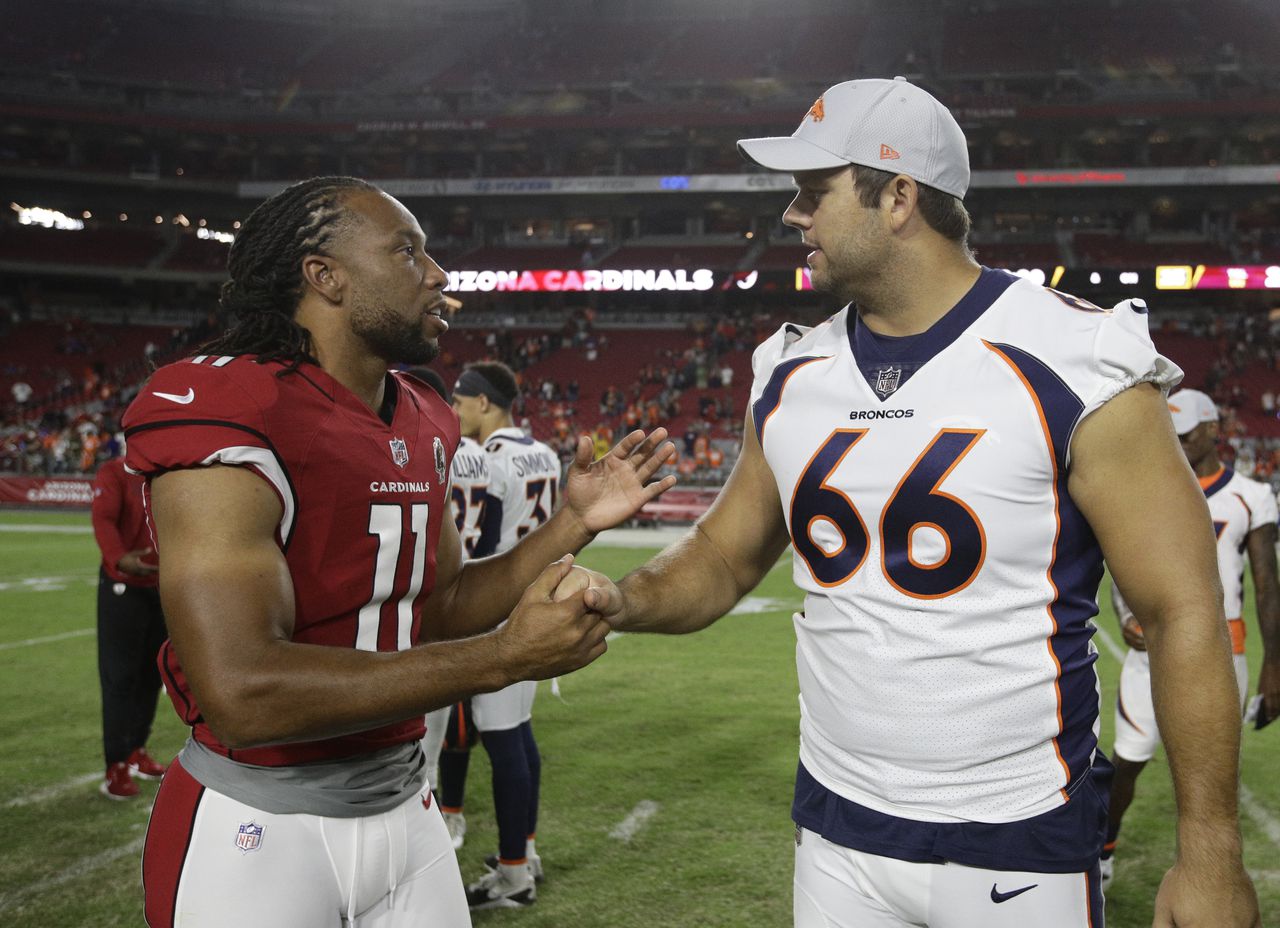 Jared Veldheer explains why he left Patriots so quickly and retired

Grand Rapids native, who left after nine seasons as a starter in the NFL, discovered offseason rehab work didn't yield results he anticipated.


[May 13, 2013]: New England waives DL Brandon Deaderick
A 7th round pick in 2010 out of Alabama, Deaderick played in 34 regular season games with 14 starts over three seasons, plus six playoff games with five starts. He was mysteriously suspended by the team on January 3, 2011 during the Pats bye week but reinstated before the next game. 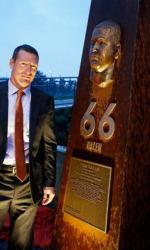 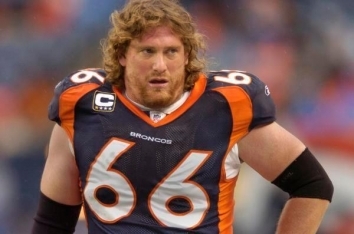 The Denver Broncos put everything together in the late, and there were a lot of differences around John Elway that you could point to on the offensive weapons that he now had (Shannon Sharpe and Terrell Davis), but he also had a top Center in Tom Nalen. From 1997 to 2000 he was named to the Pr...

www.notinhalloffame.com
You must log in or register to reply here.