The Milford CT native went to Boston College, where he was a two way starter at halfback and defensive back, and was a late draft pick by the Eagles in 1959. Alan Miller joined the Pats for their inaugural season and played in every game, leading the Pats in rushing and total yards from scrimmage, while also scoring four touchdowns. The Patriots traded him to Oakland for Babe Parilli, and in his first season with the Raiders he was named to the All Star team. Miller was a three-time captain with Oakland, while also pursuing a law degree from BU in the off season. He worked as the general counsel for the AFL and NFL player association from 1967 to 1972, and has represented many professional athletes as a lawyer for their sponsorship and personal service agreements. Miller also sits on the executive committee of the Michigan Sports Hall of Fame, and is on the board of directors for the Motorsports Hall of Fame of America. 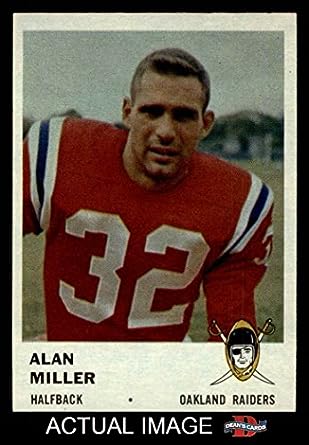 Alan R. Miller, Class: 1959 Induction: 1988 Sport(s): Football - A highly-talented player, he was the Eagles' starting offensive and defensive halfback in each of

For more on his varied and interesting life, check out the bio from his law firm:

Mr. Miller and his law firm are considered one of the preeminent motorsports law firms in the United States. Mr. Miller acted as legal counsel for Nextel in connection with its sponsorship of the NASCAR Cup Series.
www.alanrmillerpc.com 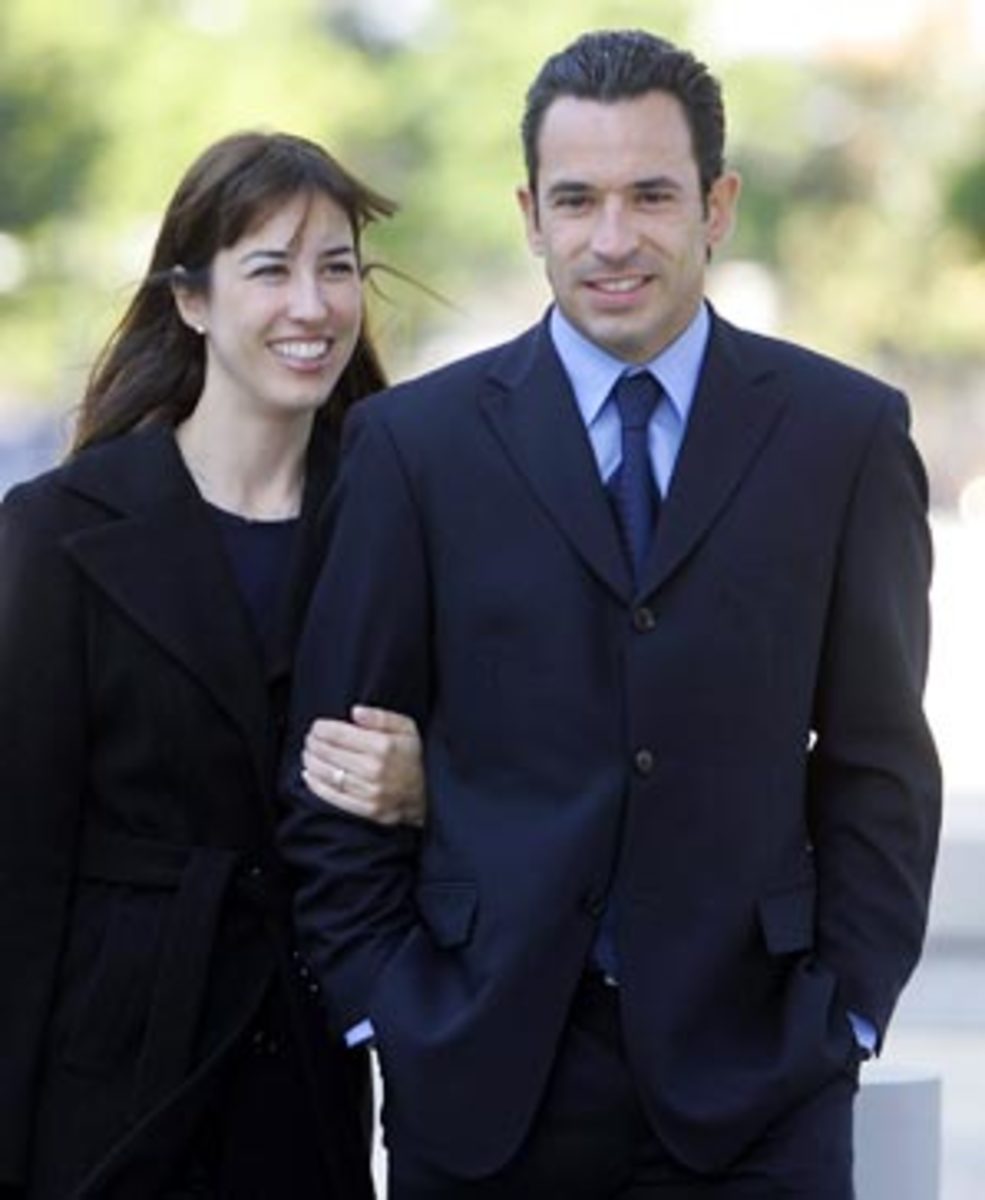 Alan Miller, an attorney who earned his law degree in the offseason while playing fullback for the AFL's Boston Patriots and NFL's Oakland Raiders, represents 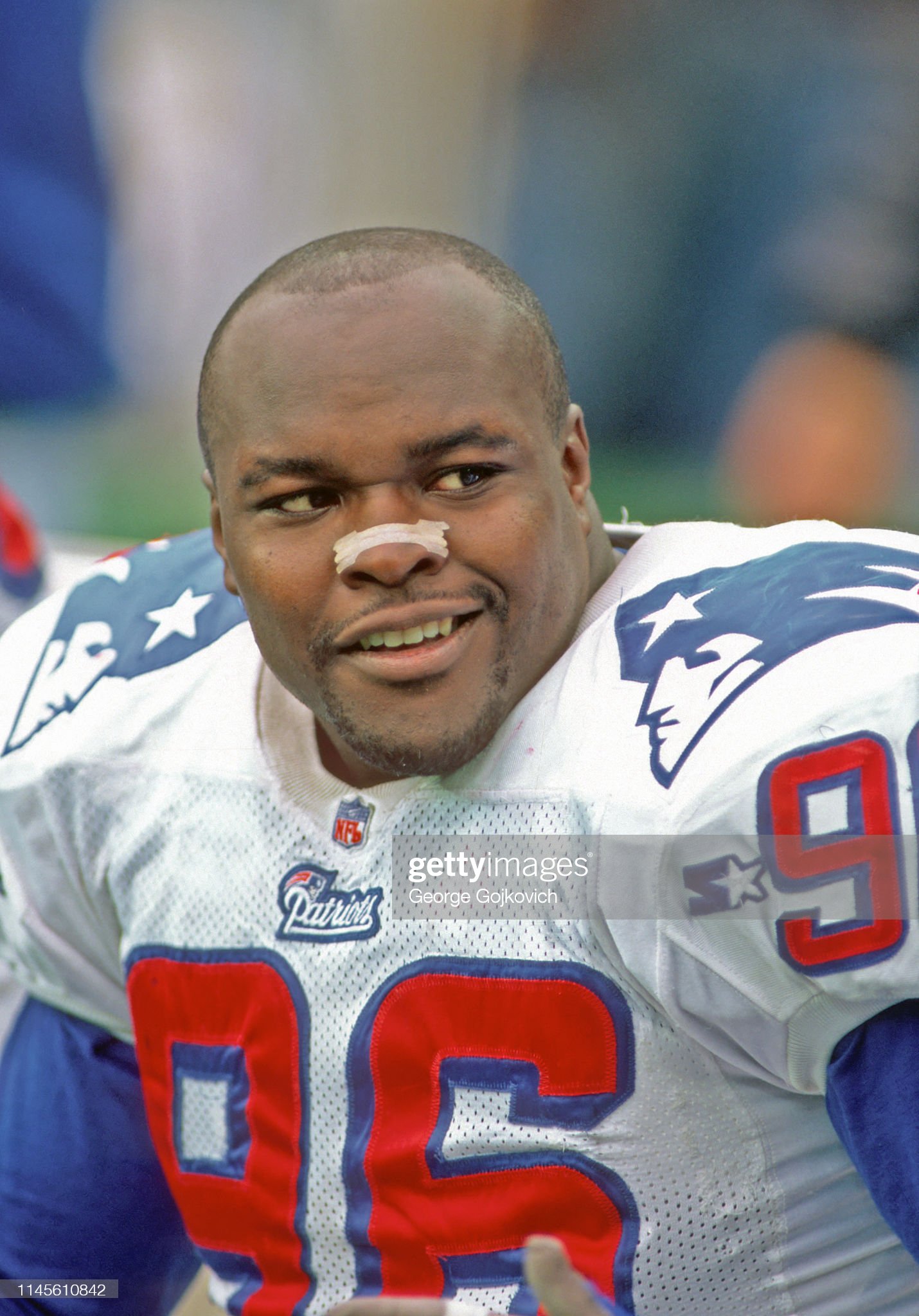 Brandon Mitchell played in 62 games with 37 starts, plus five playoff games with the Patriots. As a rookie he was used mostly on special teams, but earned more playing time the following year. He was injured in week 7 of 1998 at Miami after a seven-tackle, one sack game against the Dolphins, which resulted in his landing on injured reserve. In 1999 Mitchell started every game at DE opposite Willie McGinest, with 48 tackles, three sacks and a fumble recovery. A leg injury in December of 2000 resulted in another season ending up on IR. In 2001 he was moved inside to nose tackle, playing in all 19 games.

Mitchell then signed with Seattle as an unrestricted free agent, playing three seasons with the Seahawks. In 2008 Mitchell was arrested for possession of cocaine and crystal meth with intent to distribute. He now works as an addiction and recovery counselor, while also serving as defensive line and track assistant high school coach back home in Louisiana. 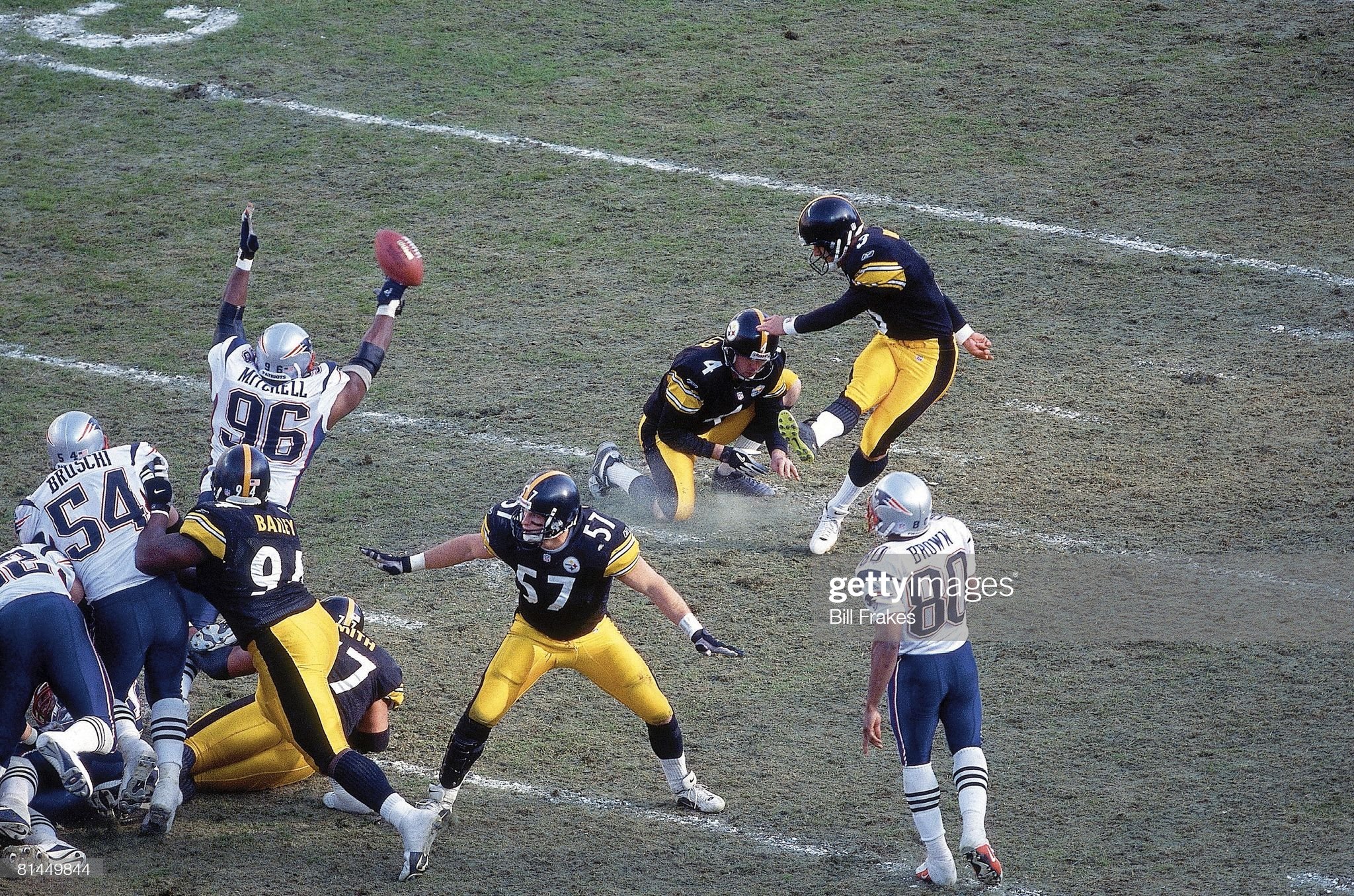 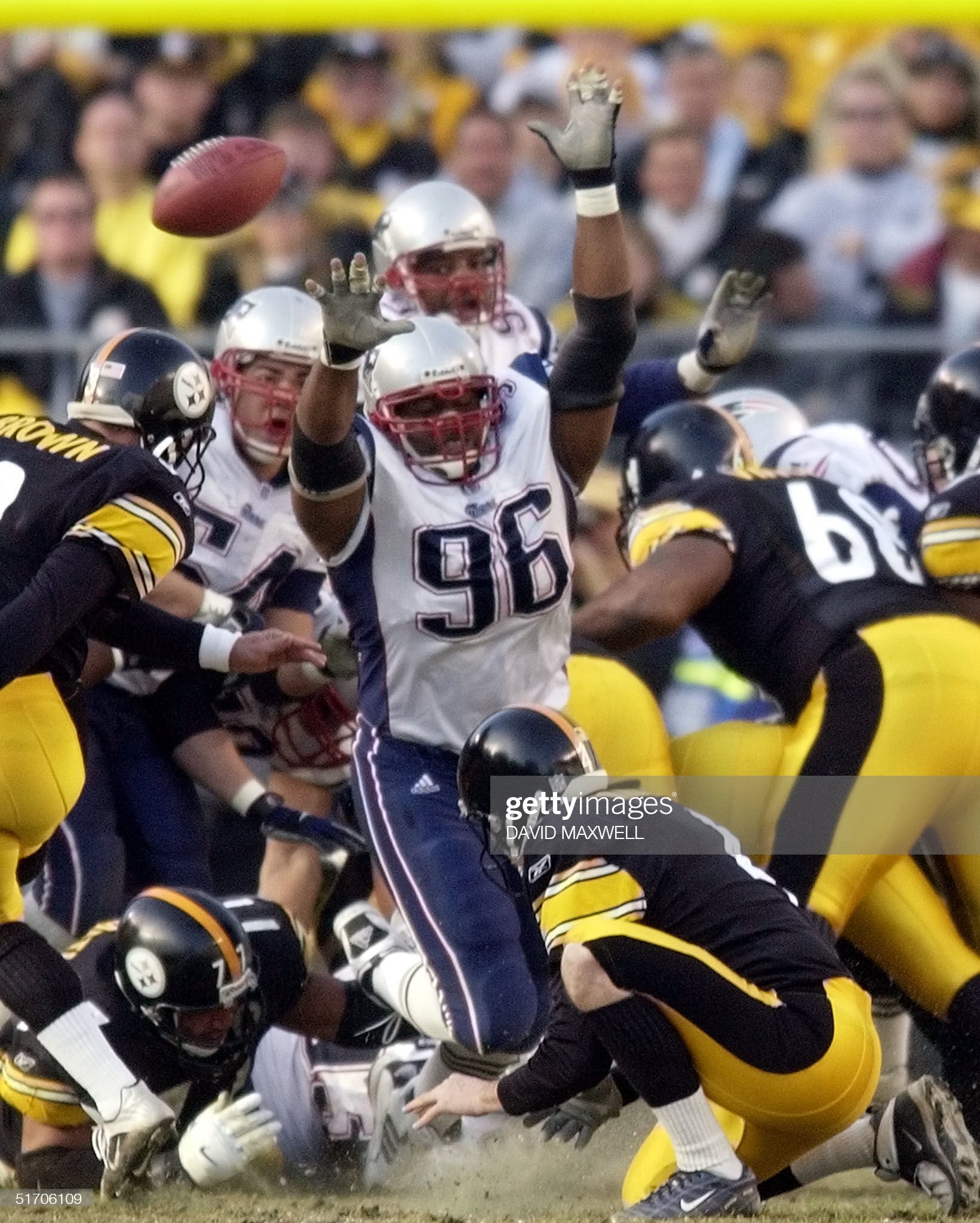 Brandon Mitchell blocks a field goal in the 2001 AFCCG that would be returned for a TD, giving the Pats a 21-3 lead.​ 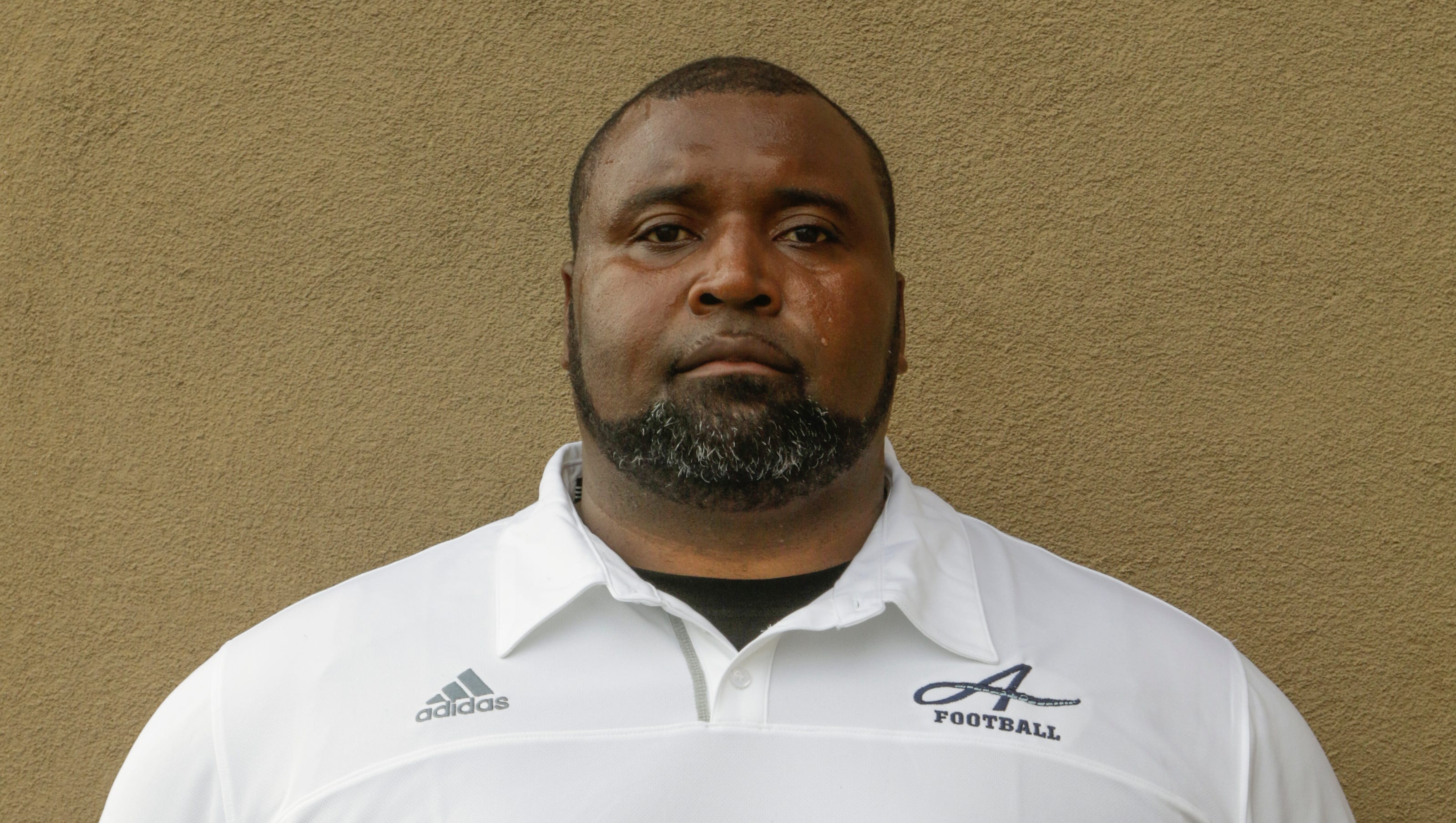 Ex-NFL star reminds us of value of coaches

Abbeville’s own Brandon Mitchell is a New England Patriots Super Bowl Champion, has a youth football league in Abbeville named after him for playing in the NFL for seven years, and now finds himself i 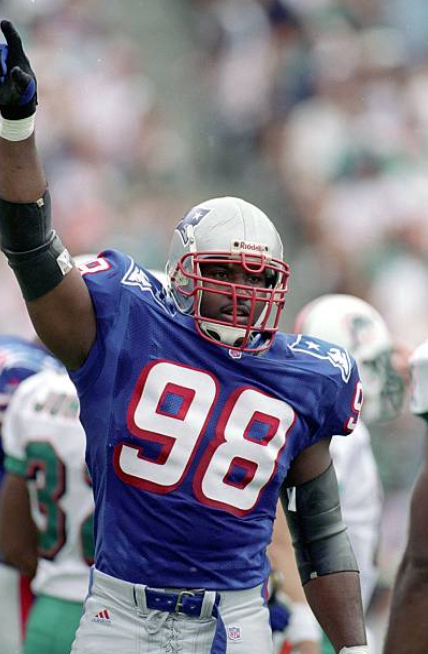 
As a 2001 Super Bowl champion, Brandon understands the process for success. He also understands the struggle of addiction and how it can alter an individual’s path. Brandon’s journey into the counseling field is marked by numerous accomplishments and struggles. Retired after eight seasons in the NFL, Brandon began his journey. From the highs of sport accomplishments, Brandon has also experienced the lows addiction can bring to individuals. Through the process of recovery and hard work Brandon was a 2012 Olympic hopeful. From the peaks of being a champion to the lows of what addiction brings, Brandon understands the work it takes to succeed in life and in recovery.​
Through this journey, Brandon has developed a deep passion for helping other individuals. He has dedicated his time to giving back to others in the community. He has given numerous talks on his recovery process to treatment centers and high schools throughout Louisiana. Brandon has also volunteered his time to local inpatient and outpatient treatment centers. As a Counselor in Training, Brandon brings his unique experience to the counseling arena and is able to inspire others with his story and passion for recovery.​ 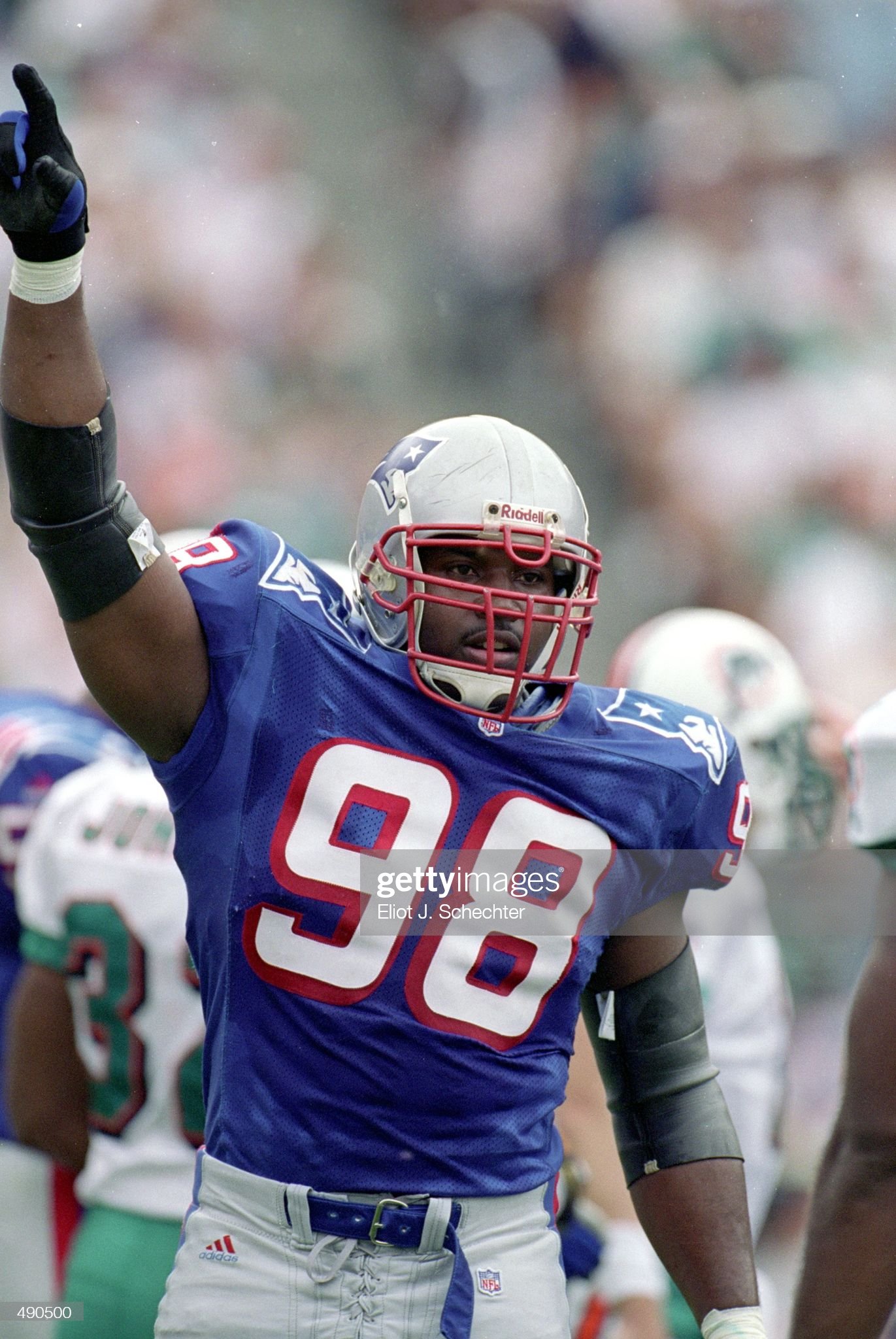 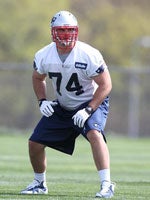 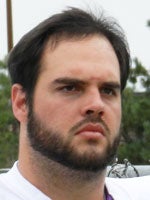 The Pats moved up to pick Welch, trading their 229th and 231st picks to Washington in order to draft the 6'7, 306 pound tackle. As a rookie he was waived during final roster cuts and then decided to join the Vikings practice squad rather than the Pats. After Buffalo cut him at the end of 2011 training camp, he was signed to New England's practice squad. Welch appeared in three games with one start in 2011, bouncing back and forth between the active roster and practice squad when Sebastian Vollmer was dealing with injuries. After that he was signed by the Rams, Eagles, Bills again (where he roomed with Chris Hogan) and the Saints. Between all his various stops Welch appeared in 27 NFL games, mostly with Buffalo. 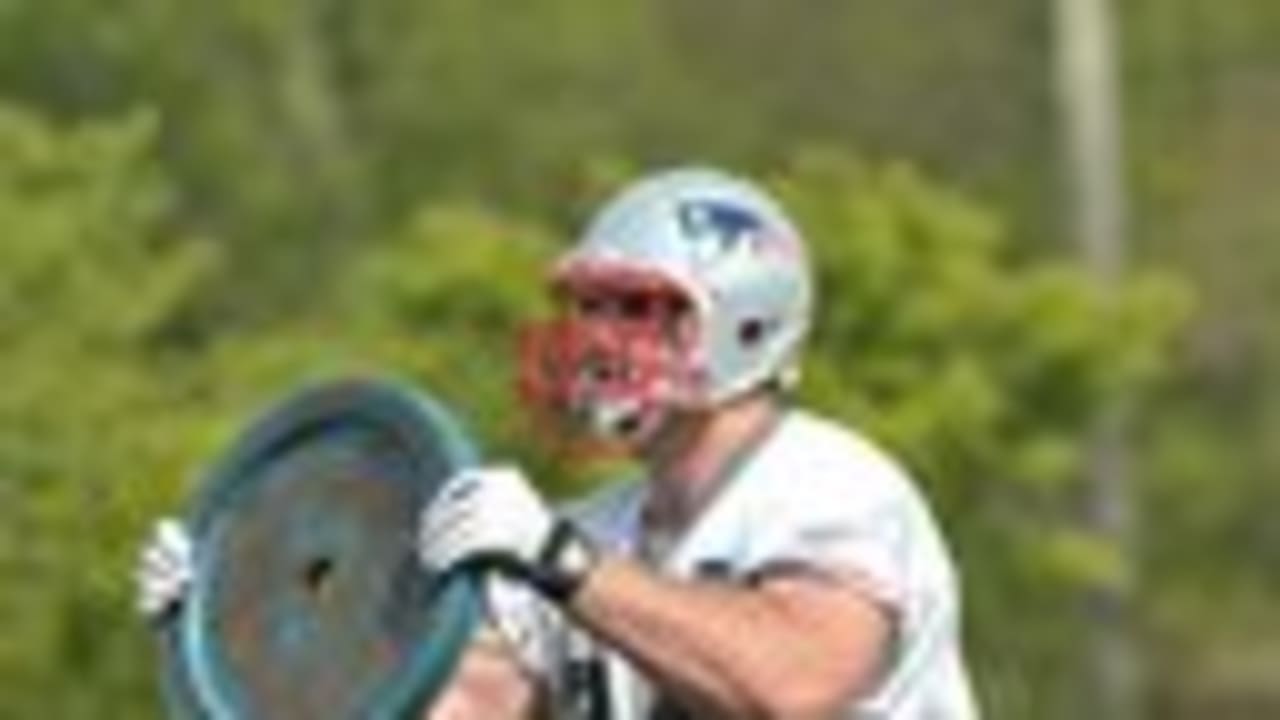 Leading up to training camp at the end of July, Patriots.com will offer you a close-up introduction to the members of New England's 2010 draft class. Today's spotlight is on seventh-round pick Thomas Welch.

ORCHARD PARK, N.Y. -- The NFL has a way of bringing players -- like Buffalo Bills offensive lineman Thomas Welch -- far from home.Growing up in Deltona, Fla.

The American Samoan was originally a 7th round draft pick by Tampa out of Hawaii in 2015. After being part of the Bucs final training camp roster cuts, Marvin 'Joey' Iosefa did not initially catch on anywhere. The Patriots signed the 6'0, 245 pounder to their practice squad after a week six victory at Indy on October 21. He was promoted to the active roster late in the season when Eric Martin was placed on IR with a concussion, and in week 15 Joey had 14 carries for 51 yards against the Titans. Iosefa was waived at the end of the 2015 training camp, and with James Develin healthy upon return from his 2015 broken leg, the pro football career of the plodding fullback was over. Since 2018 he has been playing Major League Rugby, for the Houston SaberCats and now the Seattle Seawolves.


June 19, 2013: With reporters and helicopters tracking his every move, Aaron Hernandez seeks respite at Gillette Stadium. Between Bill Belichick, Robert Kraft and Gillette security, the decision was to bar Hernandez from Gillette (there were no practices or OTAs at this point in time) to avoid the stadium from becoming a media circus and distraction. The decision was also made at that time that the team would sever ties with Hernandez should he be arrested on any charges related to the murder of Odin Lloyd.


June 19, 1981: Mel Lunsford is traded to Cincinnati for cash
Did the Pats at least get Cincy to throw in a bag of slightly used footballs too as part of the negotiation?


June 19, 2008: The Boston Celtics celebrate their NBA championship with a Duck Boat parade through Boston.

Other pro football players born on this date with New England area connections:
- Stephen Cooper, 42 (6/19/79); the best football player in Wareham High School history went to the University of Maine and then became a starting linebacker for the Chargers, playing in 133 games from 2003 to 2011.

- Walt Uzdavinis (6/19/11-12/23/88); the DE/E/T from Brockton played for the 1936 Boston Shamrocks of the old, short lived, first American Football League, and for the 1937 Cleveland Rams. Some New England football trivia: the Boston Shamrocks outdrew the Redskins by quite a bit in Boston, prompting owner George Preston Marshall to move his NFL team from Boston to Washington.

- Jahine Arnold, 48 (6/19/73); born in Rockville CT. The WR/KR was a 4th round pick by the Steelers and played in 13 NFL games for Pittsburgh and Green Bay; he also played in the XFL and three seasons in the Arena league.


Plenty of notable pro football players born on this date:
- Leo Nomellini; Hall of Fame DT/OT for the 49ers and also a professional wrestler.
- Charlie Cowan; 3-time Pro Bowl OL played 213 games for the Rams.
- Patrick Surtain; CB had 37 career interceptions with Dolphins and Chiefs.
- Chris Gray; guard played in 219 NFL games, mostly with Seattle.
- Willie Frazier; 3-time AFL all star TE had 36 touchdown receptions with the Oilers, Chargers and Chiefs.
- Quentin Jammer; the fifth overall pick of the 2002 draft missed only four games as a Chargers CB from 2002 to 2012.
- Peter Warrick; WR was great at FSU, but the fourth overall selection in 2000 by Cincinnati was a big time NFL draft bust.
- Rashard Mendenhall; Pittsburgh RB scored 39 TD before retiring at age 26.
- Mike Renfro; WR had 326 receptions with Oilers and Cowboys from '78 to '87.
- C.J. Mosley; ILB was named to four pro bowls in his first five seasons with Baltimore.
C

As for Brandon Mitchell...Instead of giving us Jason Taylor & Sam Madison, Booby Grier gave us, in his first all-by-himself draft, Mitchell & Chris the Slow Dwarf Canty...By the end of Day 1, I already knew we were in big, big trouble...

Still tough to swallow that Danny could only manage one championship with that core...
Note to the Brad: Never, Ever listen to Danny regarding draft advice...
Last edited: Jun 19, 2021

Love that Miller card... playing for da raidahs, still wearing the Pats jersey lol ... you see that a lot in those early cards
You must log in or register to reply here.