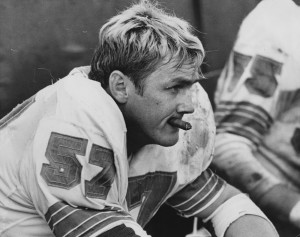 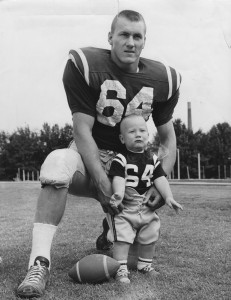 Undrafted out of Memphis State, John Cameron Bramlett was the runner-up to Joe Namath as the rookie of the year in 1965. He was a two-time American Football League All-Star before being part of one of the most infamous trades in Patriots history. A few weeks after the 1969 AFL draft the Dolphins traded Bramlett, backup QB Kim Hammond and a 1970 fifth round draft pick to the Pats in exchange for future Hall of Fame linebacker Nick Buoniconti. It wasn't as if the move was an attempt to make the aging Patriots roster younger; Nick was only a year older than his counterpart. And while Bramlett had been a second team All-AFL (equivalent of second team All-Pro) in 1966 and 1967, Buoniconti had been a first team All-AFL from '64 through '67. Perhaps the Patriots were concerned he was coming off a season where he missed six games due to injury; maybe that and the fact that Buoniconti was prepping for a post-football life by having completed night classes at Suffolk University and earning his law degree in '68.

Bramlett had a reputation for reckless behavior and disdain for authority, which had already ended his professional baseball career. In his fifth year of pro football he was already on his third team, despite being a starter all four years: two seasons in Denver and two in Miami. Bull played in 24 games with 23 starts in two seasons with the Pats, and was out of football a year later. The Pats traded him to Green Bay at the end of the 1971 training camp, but he refused to report to the Packers. He later signed with the Falcons in '71, and retired on May 23, 1972. Two years later his days as a drinker and brawler ended, and he became a minister. 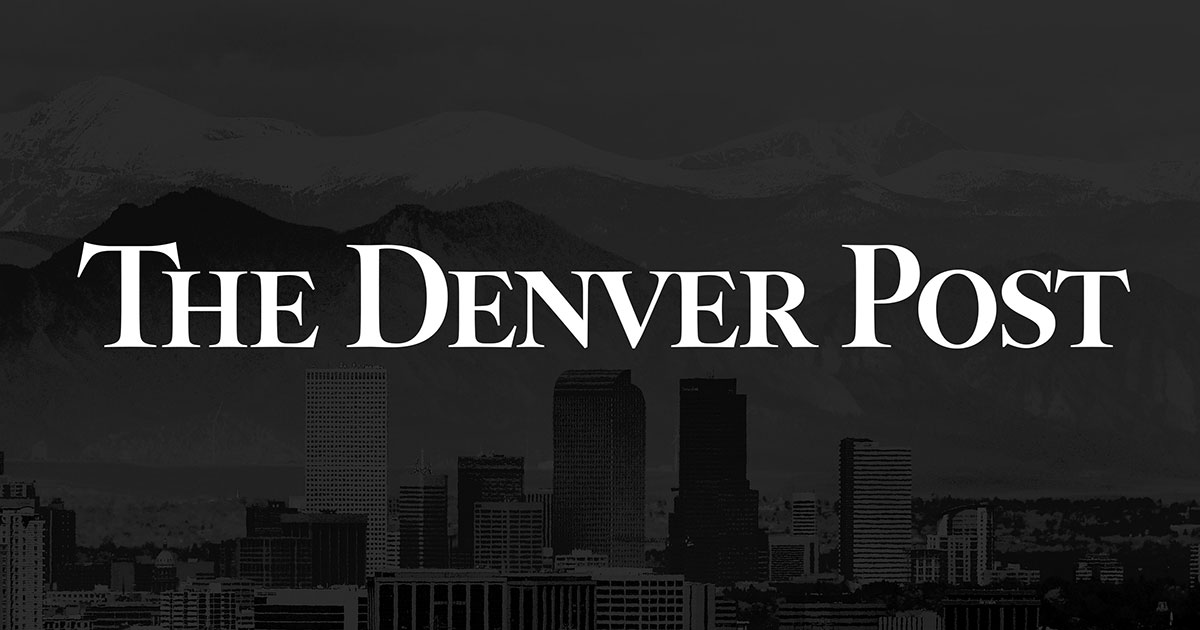 John "Bull" Bramlett, a former pro football and baseball player who was nicknamed the "Meanest Man in Football," has died. He was 73.


Because of his on-field aggressiveness and his antics off the field, Bramlett was given his nickname. But he changed his behavior when he retired from football, becoming a Christian evangelist.​
According to a website dedicated to his ministry, Bramlett spent 40 years speaking to hundreds of churches, schools, prisons and conventions, as well as NFL and MLB chapel services.​
"Indeed, he inspired many people as a professional football player," Luttrell said in a statement. "Yet ... John's stories of forgiveness and hope through his Christian witness made a real difference in the lives of countless people throughout the nation and here in Shelby County.​
"John Bramlett was ... a dear friend. I'm grateful for having known him and his family."​


After a brief career with the St. Louis Cardinals, John began a career in the NFL in 1965 as “the meanest man in football” that included Denver Broncos, Miami Dolphins, Boston Patriots, Atlanta Falcons and two Pro Bowl appearances (’66, ’68). John was named runner- up AFL Rookie of the Year behind Joe Namath in 1965.​
​
While playing for the Patriots, John was named Most Valuable Player for the team in 1970. John was honored to be inducted into the Tennessee Football and Baseball Hall of Fame, University of Memphis Football and Baseball Hall of Fame, Denver Broncos Wall of Fame, All-Time Denver Broncos Team, All American Football Association Hall of Fame, And Fellowship of Christian Athletes Hall of Champions.​

The Globe story below sums up the legend of John Bramlett. 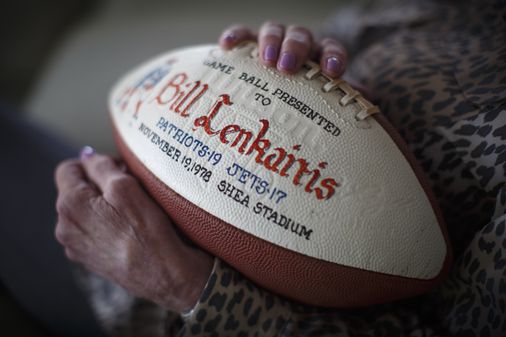 Big men with broken minds: The largely forgotten faces of the Patriots franchise - The Boston Globe


As for Bramlett, who died with Alzheimer’s, the Patriots acquired him in 1969 from the Dolphins in exchange for Nick Buoniconti, then an all-star linebacker who later was inducted into the Pro Football Hall of Fame. (Buoniconti, now 76, also suffers from CTE symptoms. “I feel like a child,’’ he told Sports Illustrated in May.)​
​
Bramlett was a risky acquisition for the Patriots. A hard-drinking renegade who grew up in a tough section of Memphis, he had been making trouble since he played football as a kid with his longtime friend Elvis Presley.​
​
A two-sport star at Memphis State, Bramlett was drafted by the St. Louis Cardinals and played three years in the minors before his recklessness cost him his baseball career.​
​
According to his 1989 book, “Taming the Bull,’’ Bramlett’s misdeeds as a Cardinal included drinking whiskey during a game, then throwing an eight-pound weight that looked like a baseball at an unsuspecting teammate. The projectile knocked out three of the player’s teeth and rendered him unconscious in a bloody heap.​
​
Bramlett then signed to play football for the Denver Broncos. With his singular ferocity, he finished second to Joe Namath on the 1965 Rookie of the Year ballot and earned Pro Bowl honors, as he did again in 1966.​
​
By the time Bramlett arrived in Boston, his future appeared bright. The Patriots, though, were largely luckless vagabonds, mocked as the Patsies while they averaged barely four wins a season for nearly a decade. They lurched from one temporary home to another — Fenway Park, Boston College, Harvard — before they settled in Foxborough in 1971.​
​
Yet Bramlett thrived. In 1970, Schottenheimer described him to the Globe as “the best outside linebacker in the American Conference, probably the best in all pro football.’’​
​
Bramlett’s teammates voted him their most valuable player, and Patriots trainer Bill Bates told the Globe, “Bull Bramlett plays this game with reckless abandon. The man’s body is a total wreck.’’​
​
Bramlett underwent knee and elbow surgeries after the season, as well as an appendectomy, and the Patriots might have given him time to recover had he not continued his wild ways.​
​
During training camp at UMass Amherst, Bramlett wrote in his book, “My constant drinking in the bars near camp and the disturbances I caused gave management the excuses they seemed to be looking for to call me on the carpet.’’​
​
He was shipped to the Green Bay Packers, who waived him after he insulted the coach. The Atlanta Falcons then gave him his final opportunity, which quickly resulted in a career-ending knee injury.​
​
At that, Bramlett returned to Tennessee and embraced religious faith. He spent the rest of his days as a Christian evangelist, until he began to slip away.​ 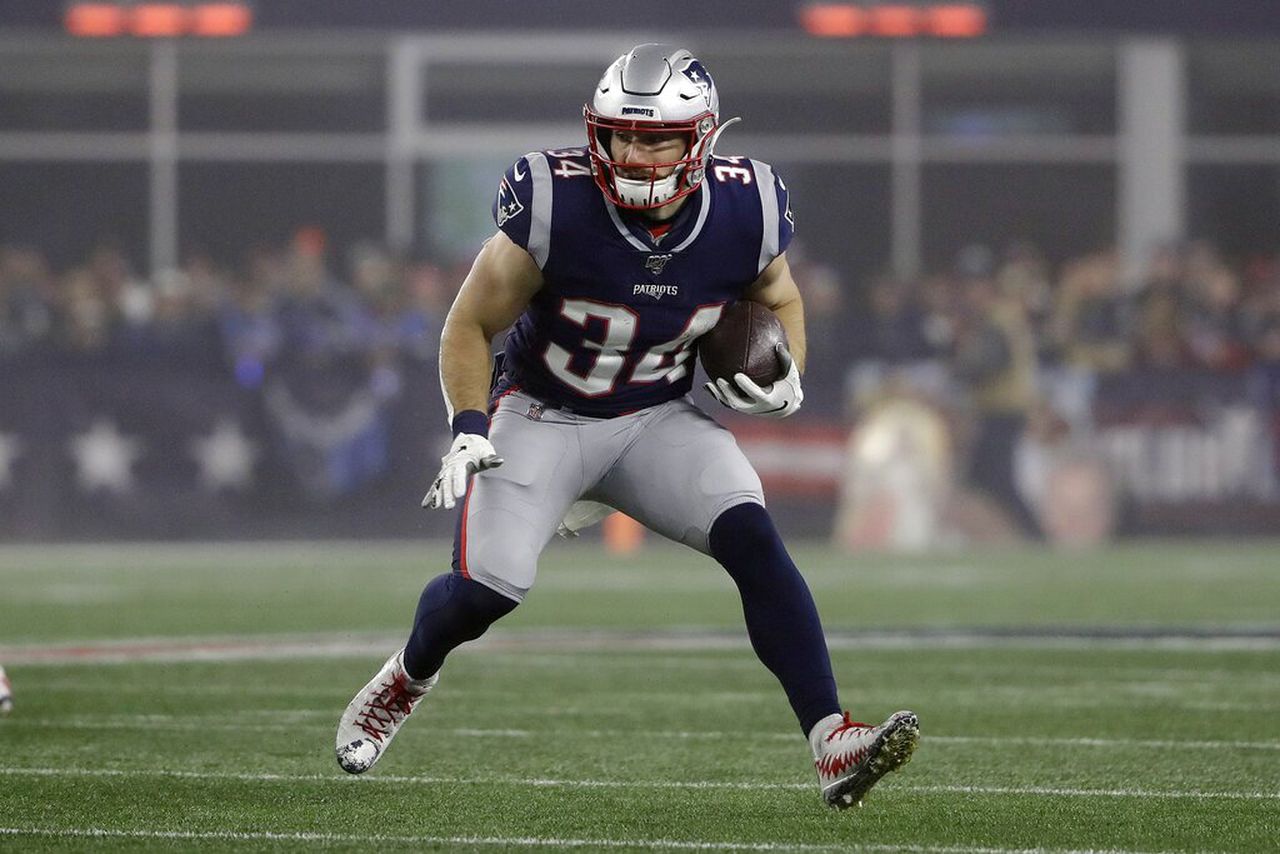 At the end of the 2017 training camp the Patriots made three transactions. The club traded QB Jacoby Brissett to the Colts for WR Phillip Dorsett; CB Johnson Bademosi was acquired from Detroit for a future draft pick; and Marsh was acquired from Seattle for 5th and 7th round draft picks. This came a few days after defensive lineman Kony Ealy was released, as the Pats needed some depth for their pass rush.

Marsh didn't like the Patriot defensive concept - which meant there were times he would have to set the edge and cover a running back - rather than just teeing off on the opposing quarterback. He let Bill Belichick know about his own defensive coaching strategy - and nine games into his career as a Patriot, Marsh was gone. Cassius Marsh also did gain notoriety by giving an interview soon after about how he had 'no fun' playing in New England. 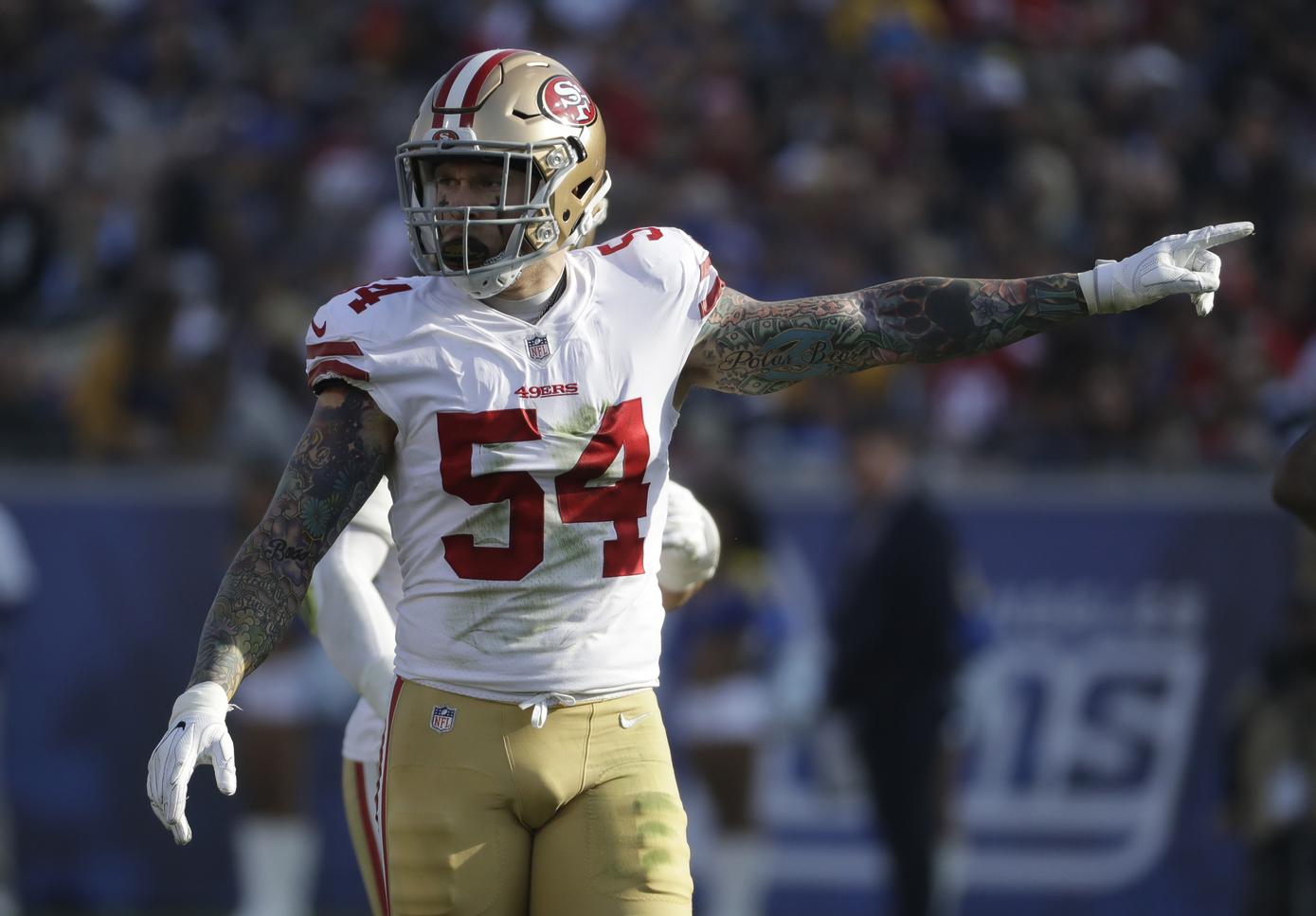 It’s difficult for a dog owner to match the love and loyalty extended by a pet. 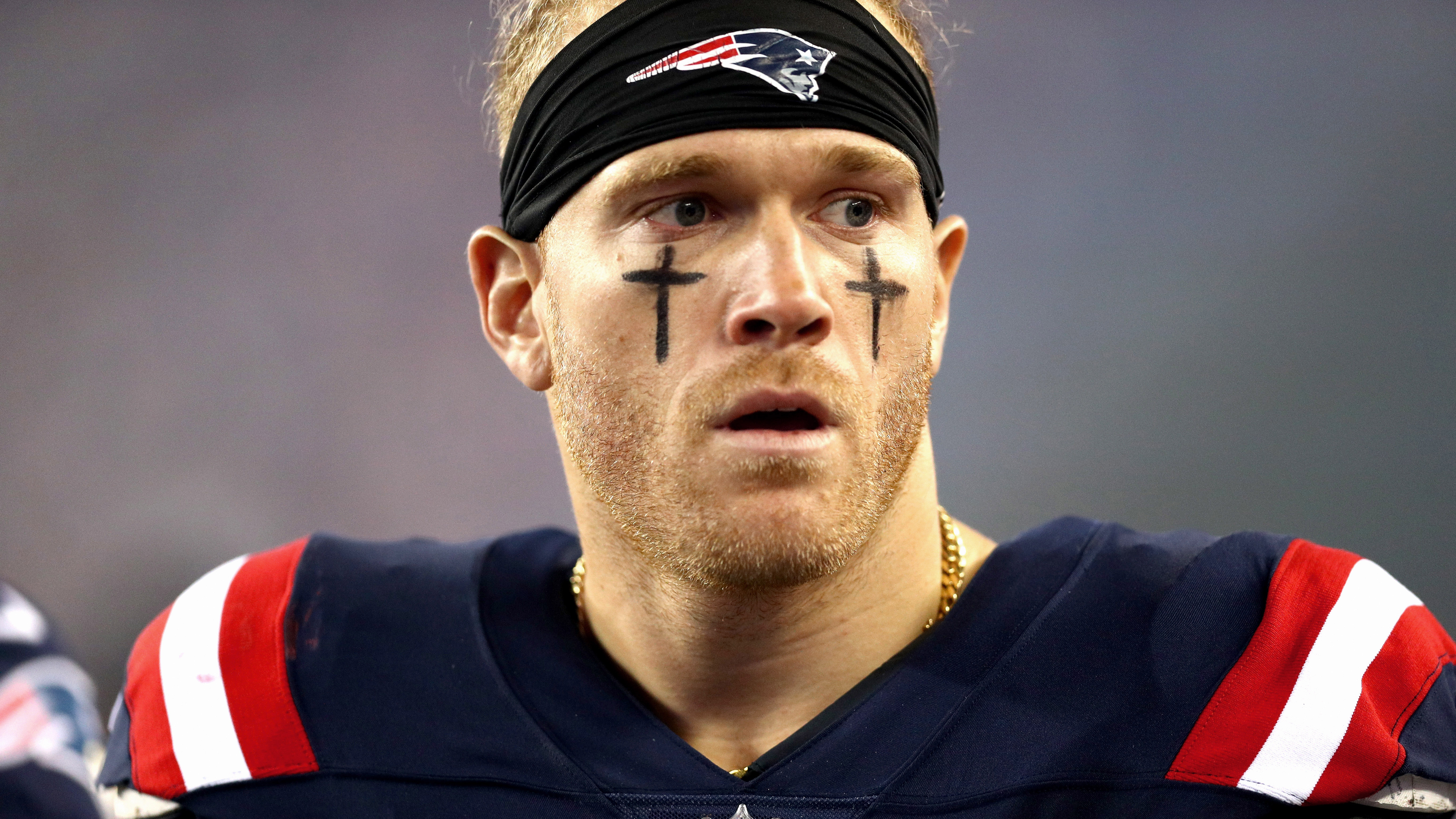 Cassius Marsh Ripped The Patriots, So Let's Break Down What He Said

Cassius Marsh felt like lashing out at the Patriots' way of doing business, so let's take a closer look at what Marsh said to ascribe some plausibility to the comments. Steelers linebacker Cassius Marsh has spent time with seven different NFL teams, but his time with the Patriots stood out. And not in a good way. Marsh, who was traded to the Patriots in September of 2017 and cut by the Patriots in November of that year, said on Tom Segura’s podcast that the... 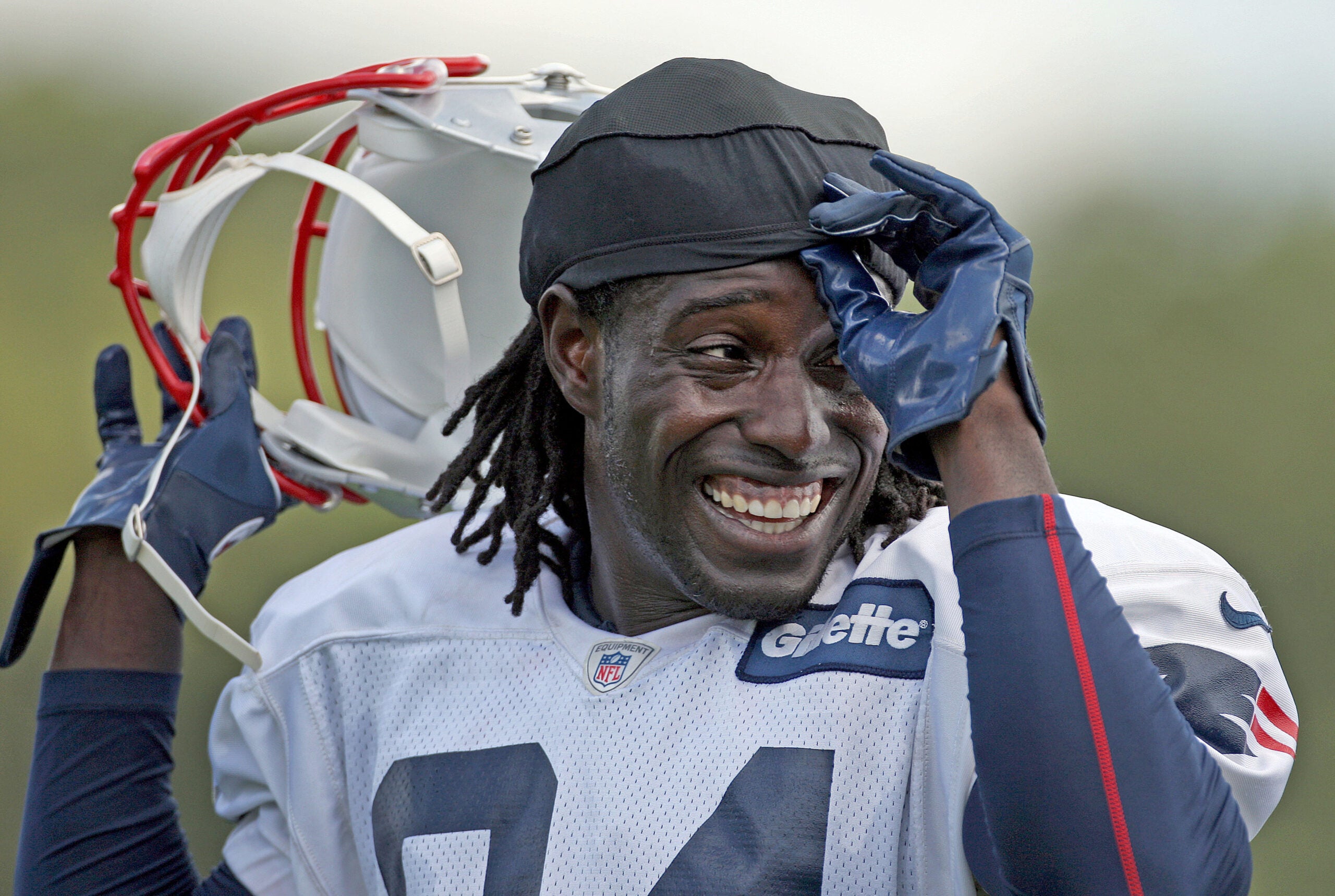 'I do not agree with him on that': Deion Branch responded to Cassius Marsh's comments about the Patriots

'I do not agree with him on that': Deion Branch responded to Cassius Marsh's comments about the Patriots being "no fun."
www.boston.com Joe Judge shared a behind-the-scenes story on a recent podcast. 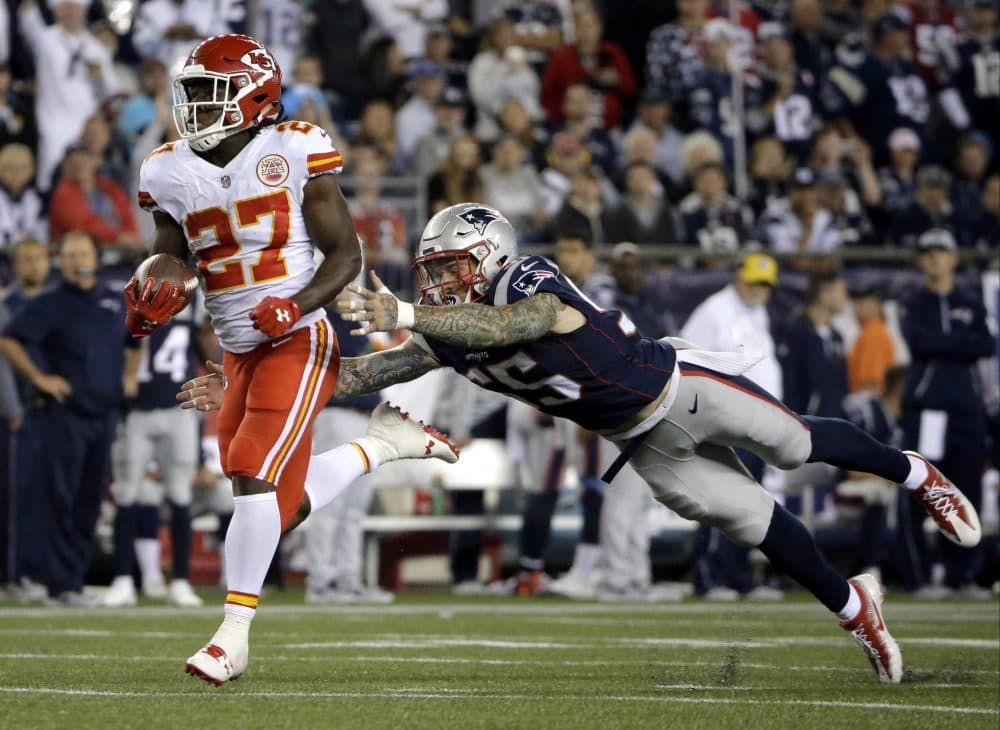 Sept 18, 2017: Chiefs RB Kareem Hunt eludes Patriots DE Cassius Marsh as he runs for a touchdown after
catching a pass from Alex Smith during the second half of Thursday's game. KC won the week one contest 42-27.​


July 7, 1981:
New England selects Chy Davidson, a wide receiver from the University of Rhode Island, in the Supplemental Draft. The Pats forfeit an 11th round pick for the rights to Davidson. He was one of only two players taken in the supplemental draft that year; the other was quarterback Dave Wilson, taken by the Saints for a first round pick. Davidson did not make the roster for the Pats; he was with Washington (USFL), Washington (NFL) and Jets through 1985.

Chy Davidson has enjoyed a 23-year career in the field of education. He currently serves as Manager for Public Consulting Group, assisting educators with effective educational programs to impact student learning. He was brought onto the Education Consulting team to lead the expansion of the...

- Victor Heflin, 61 (7/7/60); born in Springfield, the safety played in 24 games over two seasons with the St Louis Cardinals. Since 1995 Heflin has been a senior account executive and GSA at dancker, an office furniture store in Maryland.

- Arnie Horween (7/7/1898-8/5/1985); Arnie played and coached at Harvard, and the QB also played and coached for the Chicago Cardinals. The Horween Leather Company to this day still supplies the leather used in NFL footballs, as well as manufacturing high end dress shoes. 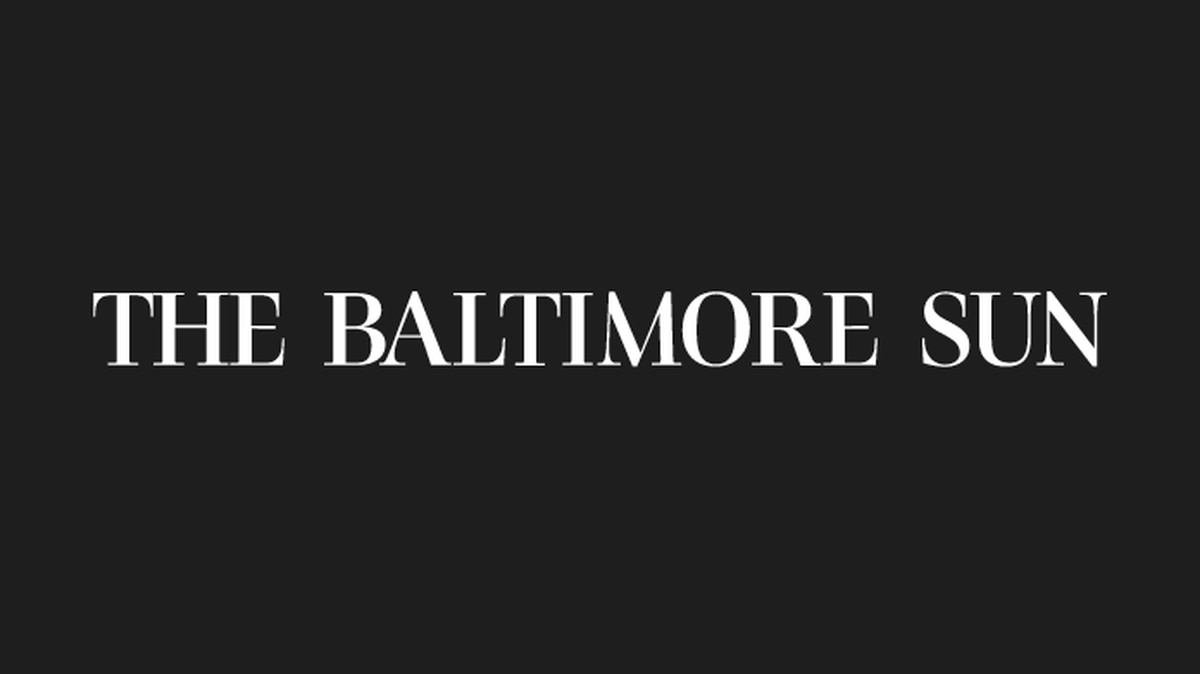 When They Played The Game: Browns defensive lineman Jerry Sherk

We catch up with Jerry Sherk, among the NFL's top defensive tackles in the mid-1970s and one of the best to ever play for the Browns. 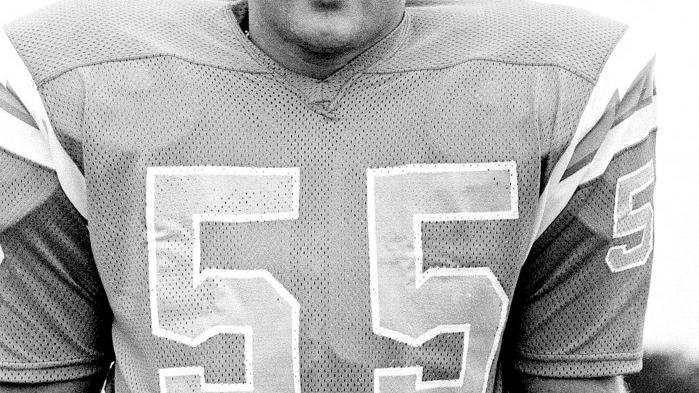 Mauck lived his dream in the NFL

Ol' Darnay Scott hasn't been doing so well after football

Ol' Darnay Scott. Remember him? I do. Man, he could catch the deep pass, thrown with an arch-like pass from Jeff Blake. Throw it up, Scott comes down with it. Scott was drafted in the second round... 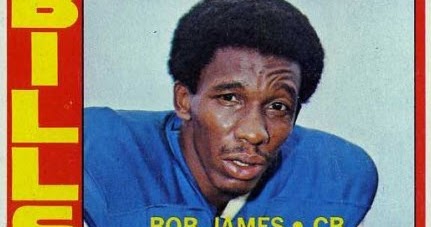 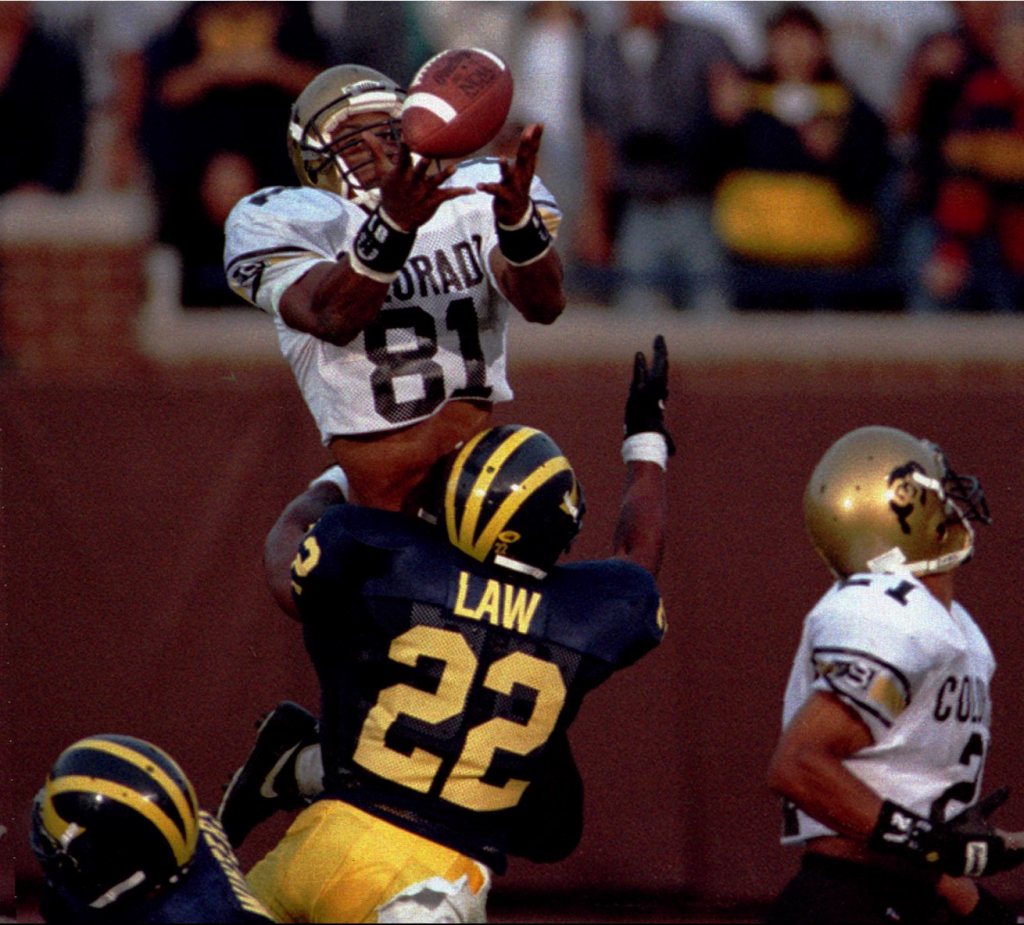 The receiver who made the most memorable catch in University of Colorado history could be headed for the College Football Hall of Fame.

1985 Chicago Bears: Matt Suhey paved way for Walter Payton on field, and stepped in when his friend's family needed him most - ESPN Chicago

Matt Suhey paved the way for Walter Payton on the field, and stepped in when his friend's family needed him most.
www.espn.com

What a lousy fukcing day that was.

captain stone said:
What a lousy fukcing day that was.
Click to expand...

The bad news is that tomorrow will be no better.

The good news is that we are down to three weeks to go until training camp. The Patriots will conduct their first training session in front of fans when they open training camp on Wednesday, July 28 on the practice fields behind Gillette Stadium.