PatsFans.com Supporter
Saf class is pretty nice overall. Not top heavy in terms of first rounders but you'll have 6-7 top 100 picks. You can see the change or evolution if you will in the position. Every prospect is a hybrid with ball skills that can cover. LB & S are becoming interchangeable in a lot of ways.

As always we're looking for a needle in a haystack when you consider what DMC does for us. His IQ, leadership, versatility, ball skills, range and on and on. If we're playing single high 45-50% of the time we need a special player.

How I graded the position in the past ...

Kyle Hamilton is an athletic freak who comes from an athletic family. Usually you're describing "mismatches" and "chess pieces" on the offensive side of ball but Hamilton's size and versatility will give a defenses a "weapon" to counter today's offensive onslaught from every direction.

Plus instincts inside the box as a force player. He'll knife through bigger, slower linemen like they're in slow motion. He'll shutdown stretch plays, great feel for any wide runs. Patience and IQ work together here. Reads steps and movements. Keys and reads are processed and executed with ease at times. Natural feel for reading the backfield and what's coming from it. At times he'll bite on the occasional misdirection - RPO/Screen but overall very smart, intelligent player. He'll sniff out underneath stuff. Anything that takes time to come together is a no-no against him. Cuts off flat area, reliable out there against almost anyone. Quick processing and freaky skill set to execute the task at hand. Football IQ & Instincts are NFL ready and then some. Patience too.

Eyes help shutdown the shallow zone behind the LB's. Could be a tick faster in zone coverage. At times he'll find himself depending on his athleticism a bit too much but his eyes and instincts make it very difficult to get anything past him when it's in front of him. Smart player. His anticipation is also something. Very adapt player when he's in zone and things break down. Passes off routes with no mess. Smooth handling mesh.

Plus in man coverage. Especially with bigger targets. His route recognition and freaky skill-set allow his to shadow bigger targets. Smaller shifty players will give him some problems but he's able to cover bigger WR & TE from the slot. Comfortable and effective using outside leverage funneling stuff inside. Love the way he plays, physical, doesn't mind putting his hands in you. That plus subtle body positioning redirects routes. That's why he's for comfortable dealing with guys around his own size.

Versatile doesn't quite doesn't do him justice. Emlos - contain on los, single high, blitzing, nickel. He can really do it all from the saf position and do it well. Handles himself with bigger guys, good hand placement and strength.

His size, plus range and tackling ability are special. He hits like a pickup truck. And able to cover 30-40 years in a few strides. Long powerful strides and speed give him the ability to cut off easy angles and would be paths to the end zone. Power forward that glides down the court in 10 steps. Fearless hitter that will KO you and set a tone. He's taken a few souls and brings all of 220lb with him when he arrives. Reliable tackling ability in space.

Able to redirect routes in space. Long arms and size take away throwing lanes. Body control and balance allow for adjustments in air and on the ground in space.

Has to play with a little more patience overall. Can get too hyped at times. Especially when contact is involved.

Inconsistent this past year despite having an unbelievable skill-set.


Not often prospects like Hamilton come along. His size, speed, physicality, versatility and IQ just don't come in a 6'4/220 package that can move in a short area. He's gifted in a lot of areas and physical as hell. He's able to stay on the field all 4 downs and make an impact from day one. Doesn't matter the scheme, he's a plug & play hybrid that will help on all three levels. Hamilton is a special prospect that will play his best ball in the pros imo. Mentioned he'll be 21 in March, his body and mind should improve greatly over the next 2-3 years. Hopefully he stays healthy bc he could be one of those players everyone enjoys watching regardless of team.

Daxton Hill is a guy every Pats fan should be familiar with. Michigan man that does some of his best work in single high, from the slot and intermediate part of field. Smart player that handled Brown's scheme man/match, zone, single high, box/LB, nickel ... He can handle a lot and looks good doing it.

Plus athlete that has NFL speed and short area quicks. Smooth COD and transitions. Got caught a few times in the middle of transitioning but he's fluid and movements stand out on the field full of athletes. Stand out closing speed.

Range to cut off the field in single high or can chase you down in pursuit.

Needs to bulk up some but he thinks he's a boss out there and will throw his body around with no problem.

Another 4 down physical player with plus versatility. Just see DMC when I see him. Not sure if he can take over that role but he's a player.

2021 Weekly NFL Picks Winner
Score anybody loses their mind, and posts something good about a certain auburn qb, I want to add the following:

Have a feeling Hamilton will be a better prospect than NFLer

Cine is my top FS prospect this year

Brisker is such an interesting prospect

Anyone else view Nakobe Dean as a SS?


We need to draft pitre, if he runs well. Dude is a playmaker and leader. High courage!

Very solid S class, although I don't like the biggest name.
I don't like Hamilton or O'Neal. I'm generally not a fan of safeties with limited movement skills and scheme limitations.
I like Brisker, Daxton Hill, and Bubba Bolden (partly because I think he goes 4-6th round, where he's more valuable) a lot.
I think Cine and McKinley will be solid.

miloofcroton said:
Very solid S class, although I don't like the biggest name.
I don't like Hamilton or O'Neal. I'm generally not a fan of safeties with limited movement skills and scheme limitations.
I like Brisker, Daxton Hill, and Bubba Bolden (partly because I think he goes 4-6th round, where he's more valuable) a lot.
I think Cine and McKinley will be solid.
Click to expand...

I'll be slightly lower on Hamilton than consensus.
O

BaconGrundleCandy said:
I'll be slightly lower on Hamilton than consensus.
Click to expand... 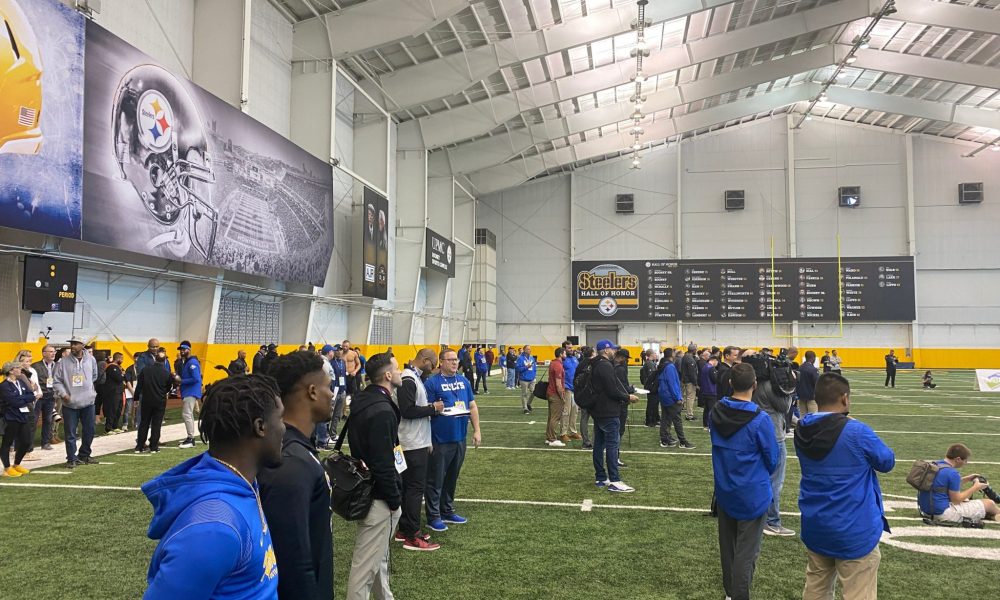 The Pitt stars over the last few seasons hit the weight room and field at the UPMC Rooney Sports Complex Monday morning for Pitt’s 2022 Pro Day. Kenny Pickett wasn’t a full participant, but he did remeasure his hands, and a handful of Pitt’s players impressed throughout the day. Pickett, Mathis...

I think it's disappointing that Mathis didn't run a 3 cone..


I'm curious if this numbers put him on your radar...

The Pitt stars over the last few seasons hit the weight room and field at the UPMC Rooney Sports Complex Monday morning for Pitt’s 2022 Pro Day. Kenny Pickett wasn’t a full participant, but he did remeasure his hands, and a handful of Pitt’s players impressed throughout the day. Pickett, Mathis...

I think it's disappointing that Mathis didn't run a 3 cone..


I'm curious if this numbers put him on your radar...
Click to expand...

Familiar but at work. Haven't seen a vert like that in quite some time. I'll edit this with more thoughts when I can
H

Surprised not to see Kerby Joseph on this list, seems to have all the skills and a real chance to go on day 2

Hades said:
Surprised not to see Kerby Joseph on this list, seems to have all the skills and a real chance to be a top 100 pick.
Click to expand...

He's on PTP Board

Late round gem out of Kent State like a certain QB that was turned into a WR? 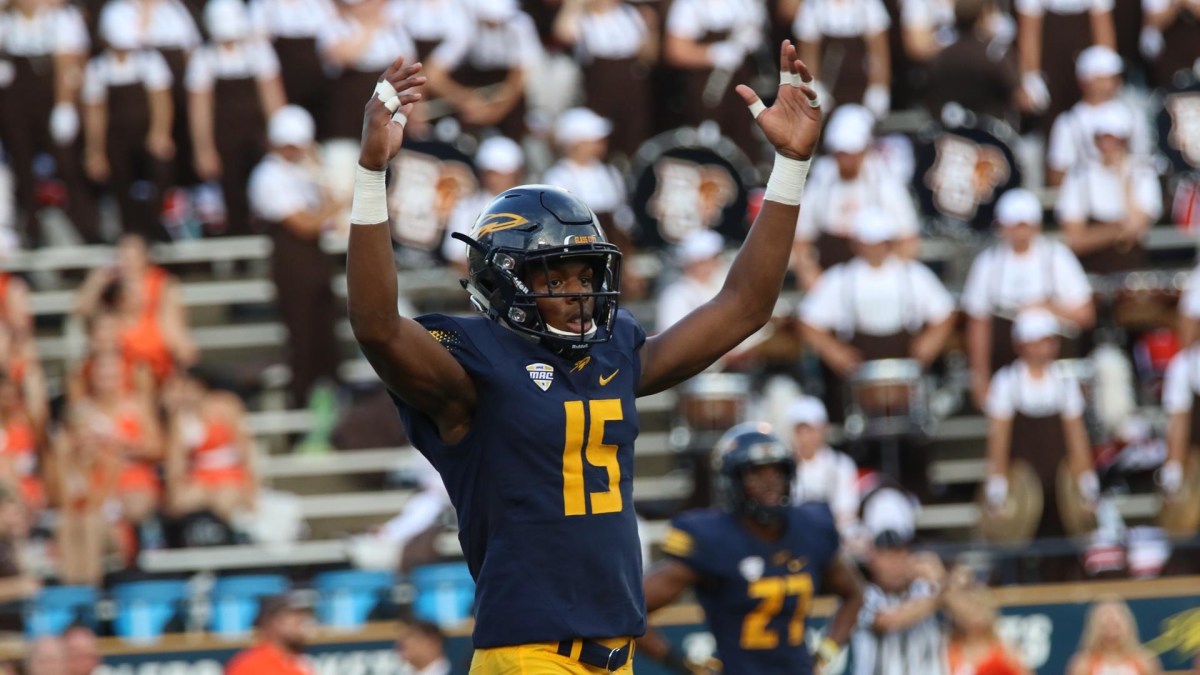 Does anyone know if this kid can actually play?

Here’s a write up on Tycen Anderson from Kent State: 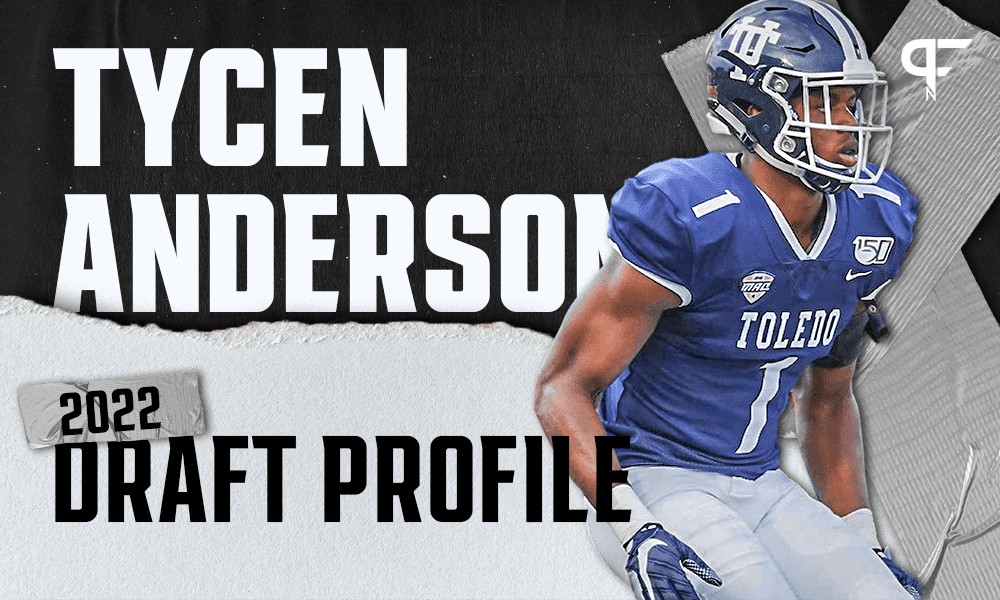 Toledo has had only 12 players selected in the NFL Draft since 2000, but safety Tycen Anderson hopes to be the 13th with his scouting report.

If nothing else he’s a Matthew Slater-type special teams ace, a hybrid safety in the box player and a backup safety, and a good character guy so Belichick can have his tingle go up his leg.

The point this shows is Bacon is right, a quality safety can be had in this draft in lower rounds than normal.
You must log in or register to reply here.