The Patriots settle for the 4th QB of the draft at the #15 spot, passing on a Hall of Fame QB
(Does being at number 15 while selecting the fourth quarterback of the first round sound familiar at all? Hopefully 2021 will not be the equivalent of '83s just missing out on Jim Kelly, and then selecting Tony Eason over Dan Marino.)
April 26, 1983: Day One (rounds 1-3) of the NFL Draft, from the New York Sheraton Hotel
Fortunately Day Two was much better. (More on that tomorrow).

In '84 Eason threw 23 TD versus eight picks, in his first full season as the starter. He led the league with the lowest interception percentage, but that was due largely in part to holding onto the ball too long: he also led the NFL with 59 sacks. Eason had an awful start to the '85 season, throwing 4 TD and 11 picks, and was a main reason the Pats stumbled to a 2-3 start. The turning point of a week 5 loss to Cleveland came when Eason and the Pats offense were unable to score after having a first and goal from the four yard line.

Raymond Berry benched Eason, and the team responded positively to the return of Steve Grogan with six straight wins. Then Grogan suffered a broken leg in a week 12 loss at the Jets, forcing Eason to start once again. He came through in his first start in seven weeks by going 20-28 for 293 yards and three TD in a critical win at Indy, but threw three picks two weeks later in a loss at Miami. The Patriots 11-5; one game behind Miami, but good enough to win the tiebreaker as a wildcard.

That postseason the Patriots went on to win three road games, culminating in the famous Squish the Fish game. The Pats won with defense and special teams, never having to rely on the passing game. Eason did what he was asked (5 TD, no picks) while going 29/42 for 367 yards total in those three games.

Of course next up were the Bears and their 46 defense, where Eason infamously went 0-6 before being replaced by Grogan. Eason seemed shell shocked by that game and was never the same. He would start just eight games over the next three seasons for the Pats before being traded to the Jets, and fading into obscurity.

Tony Eason threw for 10,732 yards and 60 touchdowns over seven seasons in New England, appearing in 72 games with 49 starts. Never the fan favorite that Grogan was, Eason is mostly remembered for three things: that beating in Super Bowl 20, the quarterback drafted right after Jim Kelly, and the QB the Pats chose instead of Dan Marino.

As for the other picks, Darryal Wilson was snakebit with injuries. As a rookie he was buried on the depth chart behind Stanley Morgan and Cedric Jones on an offense that was far more likely to run (538 attempts) than pass (412 attempts) and rarely threw to any wide receiver other than Morgan. Wilson played in the first nine games but then blew out his knee to end the season. The following summer he re-injured the knee and was again placed on season-ending IR. The knee had still not sufficiently improved when he reported to camp in '85, and Wilson was placed on PUP. He remained there for the entire season and was waived shortly after the Super Bowl 20 loss, ending his NFL career.

Stephen Starring's primary contribution was as a kick returner, from '85 to '87. He had 46 catches for 657 yards and 4 TD in '84, but averaged just 17 receptions for 302 yards and 2 TD in his four other seasons with the Pats. On June 7, 1988 he was arrested for indecent exposure while in a drunken stupor in Colorado at a John Elway charity golf event. The Pats traded Starring near the end of training camp two months later, somehow managing to get a third round pick (TE Marv Cook) for him from Tampa.

Steve Moore spent his first two seasons as a backup before becoming a starter in '85. An ankle injury resulted in being placed on IR in '87, and he never was able to get back on the field. Moore tragically died in a robbery in Memphis shortly after his 29th birthday. 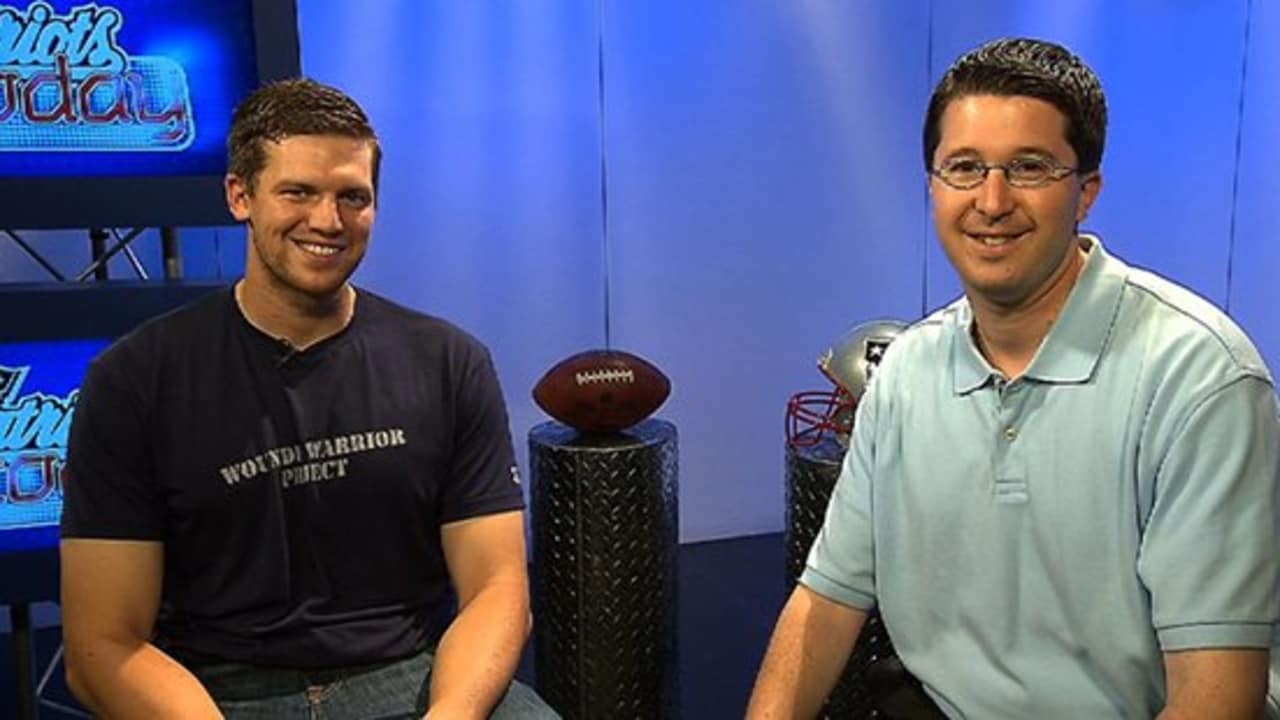 This year marks the 20th anniversary of the 1985 AFC Champion New England Patriots. More than 30 members of that team will be on hand for the Patriots final home game on Jan.


There certainly was no shortage of offensive talent available. The offensive line, consisting of center Pete Brock, guards John Hannah and Ron Wooten and tackles Brian Holloway and Steve Moore was formidable. The stable of running backs, including Craig James, Tony Collins, Robert Weathers and Mosi Tatupu, was among the deepest in the league. Wide receivers Stanley Morgan and Irving Fryar, along with tight ends Lin Dawson and Derrick Ramsey, provided inviting targets​

THE SIDELINES : Ex-Patriot Killed in Robbery

Steve Moore, a former starting offensive lineman for the New England Patriots, was shot and killed after apparently being robbed outside a convenience store Wednesday night, police said.


Steve Moore, a former starting offensive lineman for the New England Patriots, was shot and killed after apparently being robbed outside a convenience store Wednesday night, police said.​
Moore, 29, a tackle for the Patriots from 1983 through 1987, purchased several items at the store and then was shot outside as he returned to his car, Lt. Hank Arnold said. He went back into the store and told the clerk he had been robbed and shot, Arnold said.​
“I’m dying,” the clerk quoted him as saying.​
Moore died at the Regional Medical Center an hour after the shooting. There were no witnesses, and police have no suspects, Arnold said.​
Moore, a right tackle, was a starter on the Patriots’ Super Bowl team that lost to the Chicago Bears 46-10 in Super Bowl XX in 1986.​
He was a starter during the 1985 and 1986 seasons but suffered an ankle injury and missed much of the 1987 season.​

Ty Warren was a solid contributor for eight seasons and two Super Bowl championships with the Pats. With the benefit of hindsight when evaluating the 2003 draft Warren may not have played up to his status of the #13 pick, but in a redraft he would still be selected late in the first round.

The situation is similar with Eugene Wilson, who also earned two rings during five seasons for the Patriots. He would drop a few spots in a redraft, but still be a second round pick.

Fans and media label Bethel Johnson as a draft bust, but when comparing him to the rest of the players in that draft it wasn't as bad as I had previously believed. Johnson only had for receiving touchdowns with New England, but he did average 25.1 yards on 102 kickoff returns. Based on his production in comparison to that of all the other draftees he should have been a mid to late fourth round pick.

Factor in one pick also turning into Vince Wilfork, plus three of the Day Two players well outperforming their draft status, and the 2003 Draft should be considered to be highly successful.


While Mayo was named Defensive Rookie of the Year and was an All Pro linebacker, overall this was a miserable draft. That other first round pick could have helped immensely, with players such as DE Calais Dampbell, WRs Jordy Nelson and DeSean Jackson, and RBs Matt Forte, Ray Rice and Jamaal Charles still available. The lack of anything at all from Wheatley became a major blow to the Pats as they were forced to scramble for veterans Leigh Bodden and Shawn Springs to temporarily fill the void.

Staff member
April 26, 2009: Day Two (rounds 3-7) of the NFL Draft
On the previous day the Pats had traded out of the first round twice, then selected Patrick Chung, Ron Brace, Darius Butler and Sebastian Vollmer in the second round.

Six months after a Phil Olsen contract debacle resulted in his departure to Los Angeles without ever playing a down for the Patriots, New England was again forced into a corner and had to make another big name player trade with the Rams.

Fred Dryer was the 13th player selected in the 1969 draft, and a very productive player in his three seasons with the Giants. However he was often butting heads with management and made it known to them that he wanted to be signed to a lucrative contract extension. Why miserly Billy Sullivan would overlook that important detail and trade for Dryer in January of 1972 (for the princely sum of a first, sixth and '73 second draft pick, no less) is a mystery.

Dryer had never signed his 1971 contract with the Giants and was therefore set to become a free agent in May. He refused to report to the Pats unless they signed him to a long-term contract making him the highest paid defensive lineman in pro football, which of course Sullivan refused to do. What Dryer really wanted all along was to play in Los Angeles, where the future star of the television series Hunter could begin his second career in Hollywood.

With the clock ticking the Pats were once again fortunate to get what they did from the Rams: this time a '73 first, and backup DE Rick Cash. The net result of the two Fred Dryer transactions was trading away a '72 first, a '72 sixth and a '73 second for a '73 first. What a bewildering mismanaged crap-fest.
C

Bill's had worse drafts - as in Plural - than this one.

captain stone said:
Bill's had worse drafts - as in Plural - than this one.
Click to expand...

When taking into account the fact that the Patriots began with the #8 overall pick, then either the 6th, 7th or 8th selection of each round after that, in my opinion this one is the worst.

But that's just my opinion.
You must log in or register to reply here.

May 27 in Pats History: Tony Collins